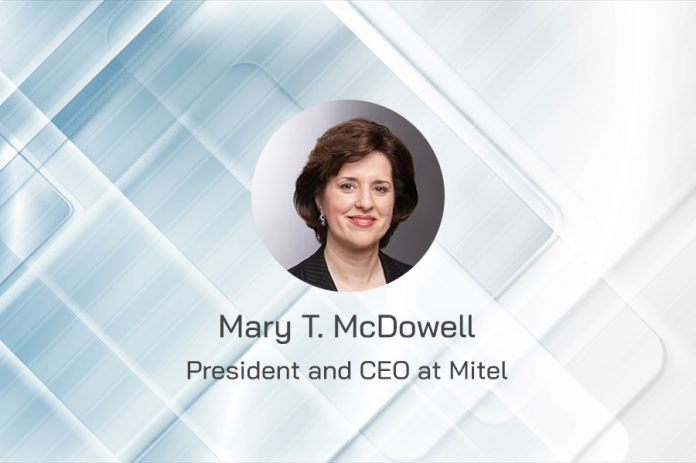 Mary T. McDowell is the President and CEO at Mitel, a leading communications and technology company. Mitel only appointed Mary in October 2019, but despite not being there for long, Mary has already made a significant positive impact in her role.

Mary isn't just experienced in leadership roles. She also brings more than three decades of background knowledge to her role as CEO and President too. In turn, she is a highly valuable addition to the Mitel C-suite.

McDowell has spent years helping public and private companies to grow. What's more, her career has led to her working in various international locations over the years. In turn, she has become particularly proficient in communication and people management.

A Leader in Transformation

Before joining Mitel, McDowell was most recently the CEO and board member of Polycom, another leading communications brand. During her time at the company, she led Polycom through a transformation in its strategic operating model. The result of the change was a massive growth in revenue and a successful sale to the Plantronics brand in 2018. The company then changed its name to Poly.

Prior to that, Mary was the executive VP at Nokia, where she was responsible for the company's massive $15 billion global phone business. She oversaw the app store and developer organisations, helping the company create and innovate for the mobile market. Mary has also held positions over the years with companies like Hewlett Packard and Compaq Computer, each giving her an exclusive insight into a wider part of the technology market.

McDowell holds a BS in Engineering and Computer Science from the University of Illinois. She also won the Distinguished Alumni Award for 2011 and became a member of the college of Engineering board of visitors.