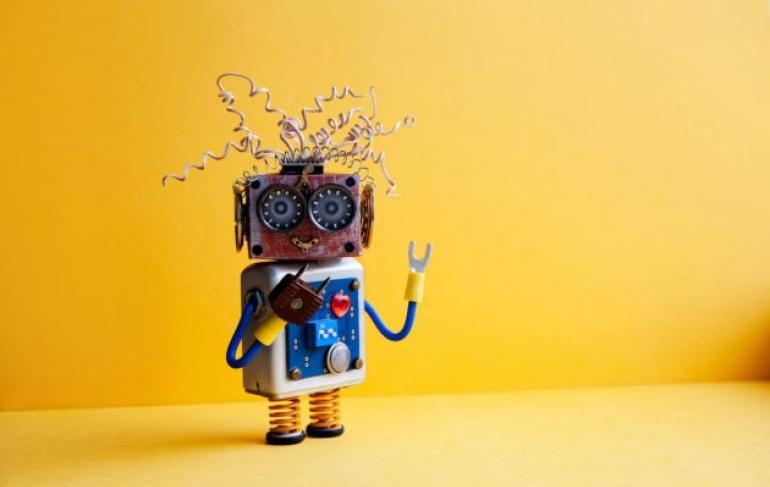 In 2018, we have seen technology sky-rocket higher than ever before. With blockchain becoming more prominent than ever and a massive growth in cloud business, enterprise tech is quickly becoming one of the hottest news topics.

However, this does not deter from the fact that this year has had a darker, wackier side. Amongst the growth in technology, we have seen a rise in adversary capabilities. We have seen scandal after scandal about companies that we previously thought were trust-worthy.

How would I describe 2018 in one word? Unpredictable. Let's have a look at some of the wackiest news stories of this year!

Kicking off the list, we have this unusual alliance. I never thought I would utter the words "IBM" and "Columbia University" in the same sentence, but 2018 has a way of making unusual things happen. When we saw blockchain taking over this year, many of us were rather concerned that people would not be literate in this new technology.

Catapulting techies into the future, these accelerator programmes are essential for young talent. Furthermore, these eight-week long programmes will support 10 startups each.

Earlier this year, we saw Facebook receive the maximum fine from the UK's protection watchdog in response to the Cambridge Analytica scandal. After Cambridge Analytica harvested millions of people's personal information from Facebook, both companies faced public scrutiny.

Furthermore, Facebook's stocks plunged by 20% back in July. This meant that Facebook lost $120 million in value. Shocker!

3. Google supplies AI technology to the Pentagon - then goes back on itself!

Earlier this year, it was revealed that Google was secretly providing the Pentagon with AI technology. The fact that this was hidden illuminated some red flags to the general public, but what happened next was astounding.

Google publicly stated that they would "never again build warfare technology." Whether or not we can forgive a company for building weapons is up for debate, but this turn of events was undeniably whacky.

2. IBM set to buy Red Hat for $34 billion in second-largest tech acquisition ever

IBM recently announced that they were to acquire multinational software company Red Hat. Red Hat is the founder of Red Hat Enterprise Linux. Furthermore, this transaction was to cost $34 billion. This confirmed that IBM was looking to change the game in the cloud-market.

Based on speculation, it is highly likely that this move was an effort to provide a boost to IBM's cloud business.

1. The Implementation of the "Stop BEZOS Act"

Democrat politicians Rohit Khanna and Bernie Sanders introduced an act this year called the "Stop Bad Employers by Zeroing Out Subsidies”. Targeted at tech leaders such as Jeff Bezos, this act ensured companies like Walmart and Amazon “Pay workers a living wage or pay for the public assistance programs their low-wage employees are forced to depend upon.”

This pushed Bezos into a position in which he had to increase workers wages, resulting in better workers rights.