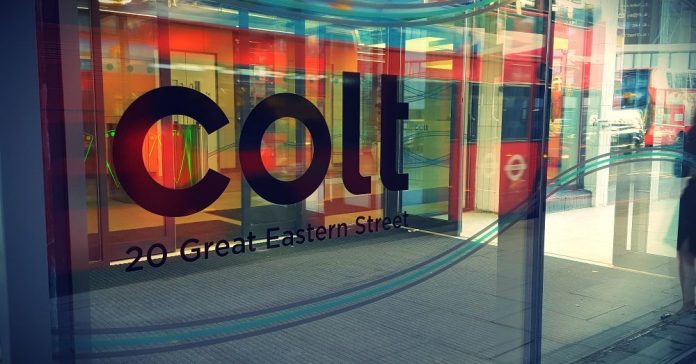 Colt looking to reconnect with its roots

Colt Technology Services is one of the most dynamic telecommunications companies in Europe if not the world, and recently it's been taking stock and reconnecting with its roots.

The company specialises in helping enterprises with their digital transformation projects. Its Colt IQ Network connects more than 800 data centres across the world and over 25,000 on-net buildings.

According to Colt's newly appointed chief of staff, Louisa Gregory, the company is the middle of a three-year strategy which requires it to consider what the core of the company is about.

“Colt is 26 years old this year,” notes Gregory. “When the company first entered the landscape, it was seen as a challenger – the new kid on the block. We're aiming to harness that energy once again and become a company that's driving the industry forward.”

Gregory says Colt is already on its way there, having recently revealed two “industry-first” proof of concepts.

One of these concepts utilises blockchain to “dramatically reduce” inter-carrier settlement times together with PCCW Global and Clear in conjunction with the ITW Global Leaders Forum.

The other showcased a two-way intercarrier Software Defined Network network orchestration for the first time in a partnership with Verizon.

Additionally, says Gregory, “Another way in which Colt is getting back to its roots is ensuring that its staff are completely bought into the strategy and levers to achieving it.

“Colt is striving to live and breathe our challenger culture and that carries through to our people, challenging them to think big and shake things up internally. This is also paying off, with Colt being named in Glassdoor's recent list of the UK's top 50 employers.”

Colt provides network, voice and data centre connectivity to businesses of all sizes around the world. Although some sources say that its revenue for 2014 was around $1.5 billion, the company is now privately held and does not reveal its revenues, although it did tell EM360º that its revenues have increased by 4% year-on-year.

Colt says it is recognised as an innovator and pioneer in Software Defined Networks and Network Function Virtualisation, and employs more than 5,000 people in offices worldwide.

Gregory adds that, in the telecommunications sector, it's “critical to keep an eye on the market”.

“Not only competitors, but also new technologies being utilised in the space as well as addressing our customers' needs and how they are evolving,” she says.

“For some, being in an industry that experiences such flux is unsettling, but others, like Colt, see this as an opportunity to invest and add even greater value to customers.”