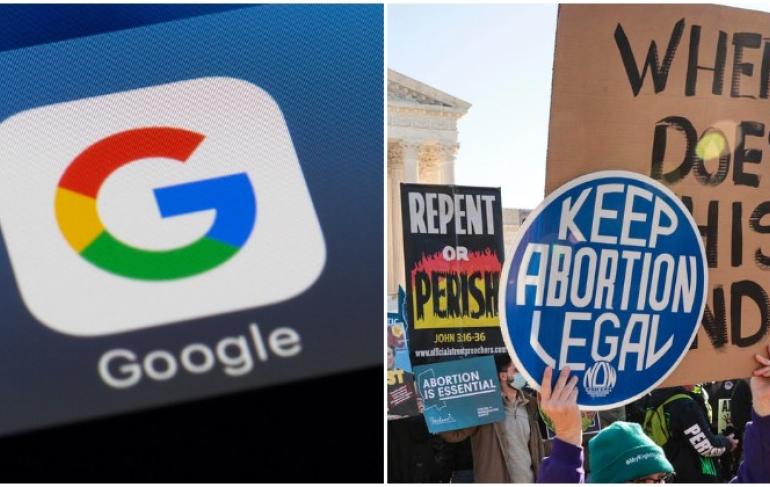 Some tech companies are taking action to close loopholes that permit personal data brokers to monitor and sell the information in the wake of the US supreme court's ruling to end women's constitutional right to an abortion. This is because they are concerned that US abortion data may be used through mobile apps to enable abortion restrictions.

Recently, Google said that it will automatically remove data of user visits to sensitive areas, such as abortion clinics. Women's rights organisations and privacy researchers applauded the decision after warning that applications for family planning, pregnancy monitoring, and period tracking might be used to punish those who seek reproductive healthcare.

According to the business, Google's Android services normally don't use the "location history" capability. However, the business will now remove records of visits to locations that many individuals would like to keep secret, even if it is operational.

Google amended their policy to automatically delete location data when a user enters a "particularly personal" location, such as an abortion clinic.

This policy is ultimately inadequate to protect the privacy of those seeking abortions and other reproductive health care.

A new version of the Fitbit programme for wearable technology allows users to track their periods, among other modifications. Now, users will be able to remove those logs.

Google Is Already Getting Location-Tracking Requests

According to Politico, ten states where abortion is currently prohibited have given the search engine giant more than 5,700 requests for location tracking data since 2018, demonstrating the potential value of the information for law enforcement.

However, privacy experts have cautioned that if any jurisdictions decide to make abortion practises illegal, it may result in the use of patients' and providers' search, location, email, and cloud data against them in legal proceedings.

Law enforcement organisations routinely use a number of methods, such as legal demands, to get access to data stored by private corporations. Federal, state, and local law enforcement authorities sent more than 112,000 legal demands to Apple, Google, Meta, and Microsoft from January to June 2020 alone. Approximately 85% of such requests were satisfied.

According to its transparency report, Google received more than 149,000 requests between January and June 2021, of which 78 percent were satisfied.

Google continued by saying that it will keep opposing inappropriate or too broad requests for data by the government. In a further update, it stated that US ads would be flagged as offering abortions even if they sent drugs by mail following a virtual consultation but lacked physical facilities.