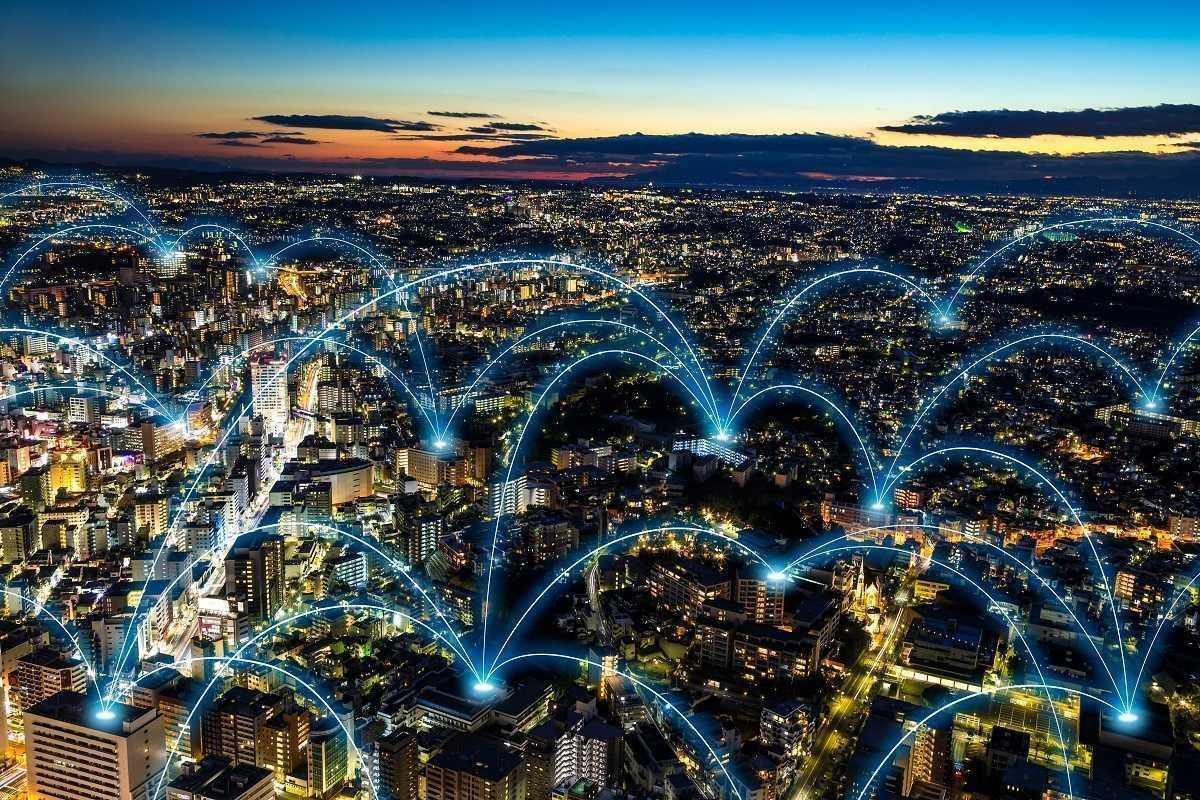 Software-defined wide area networking, or SD-WAN, is proving popular as a method of connecting many office locations within one enterprise, and the enterprise to the cloud, or whatever it’s required to be connected to, and for providing network stability and reliability.

Although the main list in this article considers a variety of criteria, including revenues, let’s look at some numbers first.

Media and research company IHS Market, which tracks the SD-WAN vendors which generate the most revenue quarter by quarter, says that the usual suspects are vying for the top spot in the market.

VMware, the virtualisation specialist, and Cisco, a name synonymous with networking, are the two companies consolidating the burgeoning SD-WAN market, says IHS.

The two companies made many acquisitions last year, and among them were companies which were doing quite well by themselves in the SD-WAN market.

At the beginning of the year, a company called Viptela was said by IHS to be the SD-WAN market leader, with $7.7 million in revenue, which was about 21 per cent of the market, in the first quarter of 2017.

In the same quarter, Cisco was found by IHS to have generated $2.6 million in revenue, which was about 7 per cent of the market.

But then, by August last year, Cisco had completed the $610 million acquisition of Viptela and integrated its people and its technology into its operation.

But the numbers have changed. According to IHS Markit’s latest available calculations – for the third quarter of 2017 – VeloCloud was the market leader, with $26 million in revenue for that quarter.

By the time that list was made, VMware had acquired VeloCloud for an undisclosed sum.

It’s probably safe to say that established companies such as Cisco, VMware and others featured in IHS Markit’s top earners list are trying not to get left behind in the race towards software-defined everything.

The so-called “white-box” or “white-label” hardware suppliers have been eating into established brand names’ market share, and there aren’t many brand names bigger in the tech sector that VMware and Cisco.

With that, here’s that IHS Markit list of the highest-earning SD-WAN vendors, along with their revenues for the third quarter of 2017.

Among the other companies IHS watches are a few from the list that EM360º has compiled below.

Our list does include some companies which already have a significant presence in the market, but has particular emphasis on some of the most promising startups in the SD-WAN sector.

We haven’t included only one of the carriers or telecommunications companies that also provide SD-WAN services. Rather, we have concentrated mostly on software-oriented solutions providers, which generally target the telcos which use SD-WAN to ensure end-users’ network experiences are as disruption-free as possible.

This network reliability is achieved through turning physical WAN links into abstract ones, in software, making specific hardware and infrastructure in general less critical for networks to operate.

It also said to give network engineers less hassle.

So, with that, here’s the EM360º list of 10 most interesting SD-WAN companies, in no particular order.

Unusually for a tech company, Arista is reluctant to use tech jargon, and prefers to describe its SD-WAN activities as “bridging the gap between the enterprise and public cloud”.

Also, the company is said to be one of the early developers of software-defined networking technologies some 10 years ago.

Arista says its new SD Any Cloud offers a holistic approach to cloud-based networking and can seamlessly integrate public and private cloud for networking mobility.

Arista is one of the companies being monitored by IHS Markit, which indicates that it’s one to watch going forward.

Array Networks specialises in WAN optimisation, which the company says accelerates enterprise applications and improves many other important functions, such as backup and recovery, bandwidth and infrastructure costs.

Now that we are in a software-defined world, it stands to reason that the more efficient the software, the faster and more reliable the network should be.

To that end, Array has a solution called aCelera which enables data backup and replication without “chatty protocols”.

One of the key innovations is that only newly changed data is sent across the network, which also reduced bandwidth requirements.

Another company making a name for itself in the SD-WAN market is Barracuda, which emphasises the security aspect of its offering.

Called the Barracuda NextGen FireWall F-Series, the company’s SD-WAN is said to be “fully integrated with security”.

Barracuda claims to be the only company which combines SD-WAN connectivity with advanced security into a single product, which makes it suitable for “mission critical applications”.

Hughes differentiates its SD-WAN solution by offering it as a managed service, which it says makes it suitable for distributed organisations.

Hughes is already a prominent company in the managed services space, and says its Managed SD-WAN is part of its “comprehensive” range of HughesOn managed network services.

One key advantage of its SD-WAN, says Hughes, is that the company has “cost-effective access” to a massive network of cable, fiber and satellite infrastructure.

Another key advantage is that, while Hughes provides its own range of edge devices, with their in-built security firewalls, it’s agnostic about specific hardware for any SD-WAN solution because each business is different and has specific requirements.

This company is on IHS Markit’s list above at number 12 as having generated $2.5 million in revenues, and we think it might go higher.

CloudGenix appears to explain more clearly what the company offers with its SD-WAN and there seem to be many components to it.

CloudGenix says its network stack improves agility and security by isolating customers’ networks from this layer to provide carrier independence and protocol isolation.

Aruba, a Hewlett Packard Enterprise company, claims its wide area networking solution can save businesses almost half the costs of previous networks.

HPE is developing an SD-WAN offering based on its ContexNet, which is the technology that came with its acquisition of ConteXtream a couple of years ago.

Given HPE’s market-leading presence in the data centre server market, if and when it does launch a clear SD-WAN offering, it’s likely to be up there with Cisco and VMware.

According to SDXCentral.com, Cisco is an investor in Glue and had used its Intelligent WAN technology, called Gluware.

Glue plans to not only develop its SD-WAN for current use cases, the company considers the internet of things to be a “logical next step”, says SDX Central.

While some companies continue to develop SD-WAN solutions that can work across a variety of different hardware, Juniper says its SD-WAN offering has “solved the complexity of enterprise-wide networking”.

Inevitably, a lot of networks will be hybrid in nature, but Juniper says its SD-WAN solution is “simple, secure and flexible”.

As well as being able to link up broadband, multi-protocol label switching, and wireless 4G/LTE, the Juniper SD-WAN provides such things as smart dynamic path selection for high-priority traffic.

Evolving Networks calls SD-WAN “the killer app” for multi-site organisations, and says “MPLS has had its day”.

The company – correctly, many might say – believes users are not really about a business’ WAN, they just need their devices and apps to work on whatever network it is you provide.

And, for Evolving Networks – which builds hardware and software – SD-WAN is the way to go. The company says it has built “an entire ecosystem” around the technology, targeting the UK.

For Versa Networks, SD-WAN opens a whole new world in which both the enterprise network as well as the business’ individual branches can be made secure and always accessible.

The company says its Versa SD-WAN solution, implemented across a hybrid network can save businesses as much as 80 per cent in costs.

The main thing about SD-WAN – at least from a cost perspective – is that it is significantly cheaper than previous networking solutions, such as virtual private networks, MPLS or other equivalent technologies.

As one expert put it, SD-WAN enables the centralised control of a complex network and makes it all seem simple.

For companies and organisations that may have many branches across a large geographical spread – such as retail chains, fast food joints, or transport networks – SD-WAN effectively takes away all the headache of the old way of doing things, which now seems overly complicated and way too costly.

The amount of time and money saved will inevitably go into improving the end user experience, both in terms of reliability and speed of the network as well as the innovative, bandwidth-hungry applications that SD-WAN will help enable, such as in-store virtual and augmented reality and perhaps even connected and autonomous vehicles.