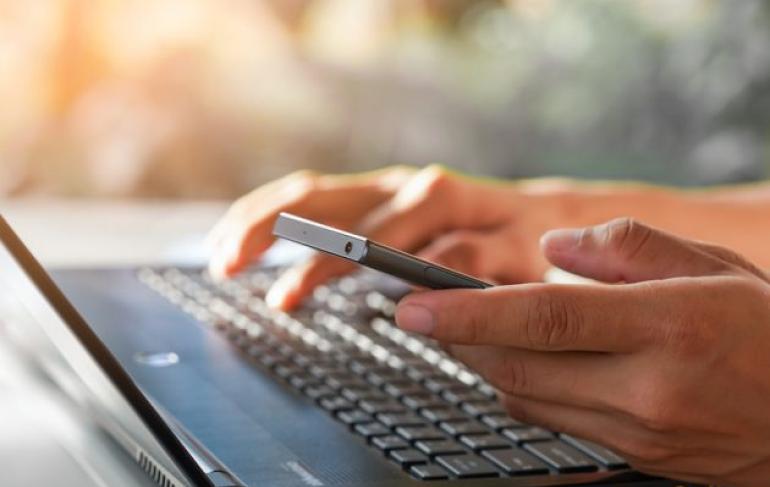 Over the past five years, desk phone usage for conference calls has declined by 70%. Instead, a PGi report indicates that 44% of leaders would rather use a smartphone for Unified Communications and Collaboration (UC&C).

The demands of collaboration

Over the past decade, collaborative time demands have risen by over 50%. As a result, the average leader spends over 85% of their time in a meeting, on the phone, or using email.

With respondents from around the globe, the PGi report surveyed 333 industry leaders on UC&C. 26% of respondents were device and network equipment vendors, while 24% were mobile operators.

In just the past year, 55% of users said that their desk phone usage for conference calls had declined. Instead, 44% respondents chose to use the mobile phone and 43% utilised their PC or laptop.

A mere 9% of users said that their go-to device was their desk phone, while 4% chose a tablet. Although tablets were mobile, they did not offer the same capabilities as a corporate mobile phone.

The drivers behind mobile

Above all, 43% of respondents said that the smartphone's ability to provide HD audio with background noise suppression encouraged greater usage. 25% also said that ease of access was a driving factor.

16% of users also cited enhanced battery life as a driver behind mobile use in UC&C. Meanwhile, 12% of the respondents said that the improved data plan usage motivated their mobile use.

Looking ahead, 33% said that improved network coverage would have the ability to drive UC&C mobile adoption. In addition to this, 29% said that enhanced call quality would be an important factor.

Moreover, 13% of respondents indicated that faster download speeds would be helpful. The same number of people also said that enabling 5G would improve mobile adoption in the UC&C sphere.

Almost 50% of users said that they require mobile devices for over half of their conference calls. As a consequence, PGi estimates that over 50% of endpoints on its audio or web conferences will be from a smartphone by 2020.

Frank Paterno, vice president, global carriers, PGi, said that "collaboration fuels enterprise success" and the smartphone is now the "go-to device" for UC&C. "Mobility is a standard professional tool that enables better productivity, more flexibility and powers global, digital workers to get more done from anywhere at any time," he concluded.

More and more companies are beginning to adopt a fast-paced communications culture. What trends should businesses look out for? Listen to our podcast with leading UC expert Irwin Lazar for some valuable insights