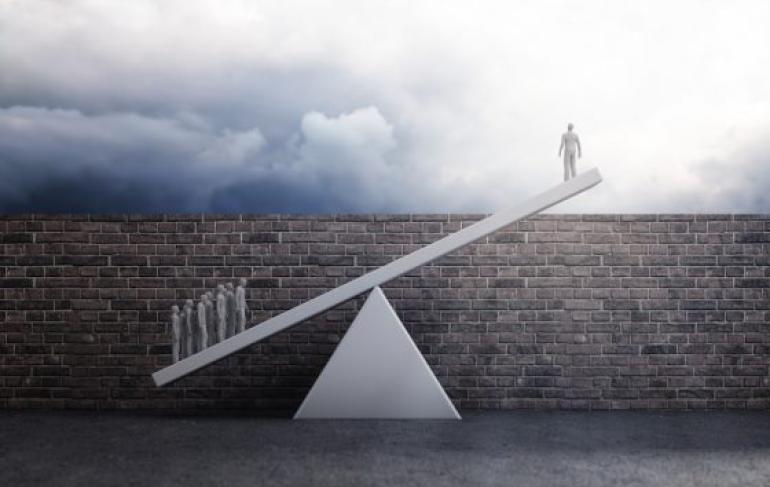 A “tech tax” is integral if the world is to prevent a dystopian future, economist Dr Jeffrey Sachs told The Guardian. In order to avoid an uneven distribution of wealth, the seasoned economist has called for the efficient taxation of large tech companies.

"Things like the proposed tech tax are actually a very good idea," he said. "The specific form of it is debatable, but the idea is that five companies are worth $3.5tn, basically because of network externalities and information monopolies, and therefore are absolutely right for efficient taxation.”

The problem with tech giants

Today's tech behemoths possess an incredible amount of power. At present, it seems like these companies can even capitalise on the very problems they create.

As the dust of GDPR settles, tech giants could even emerge as the champions of a newly regulated data economy. Sachs reiterated this in his assertion that “there's a general sense that somehow we're not getting the most out of Facebook, Google, Amazon and so forth."

Earlier this month, the UK also reacted to this issue and said that it may impose a digital tax on tech giants - without an international agreement. The tax would apply to companies above a “quite substantial” size, i.e Facebook, Apple, Amazon, Alphabet, Microsoft, and Google.

Sachs argued that emerging technologies are significantly shifting the global income distribution “from labour to intellectual property (IP) and other capital income.” In order to tackle this inequality, Sachs is calling for collective action.

“For what these technologies are going to bring, we're really going to need a lot of non-profit directed activity." Sachs added that rather than cutting capital income taxation, governments should find ways to tax capital income and IP income.

Sachs also highlighted that the marginal cost of production of AI is effectively zero. As a result, the "ability to make these technologies available to the poorest countries at no cost is an evident option."

What does the 2018 data scandal mean for the tech industry?

The importance of data privacy became apparent following the Cambridge Analytica scandal earlier this year. Despite this, tech giants appear to have more power than ever.

Facebook has undoubtedly faced a huge amount of criticism following its misuse of data. In July, The social media giant's stocks plummeted by 20% and the company lost an overwhelming $120 million.

This month, Google declared that the security of its social network platform Google+ had become compromised. Google said a bug in its software had exposed the private data of up to 500,000 users.

A widespread attack on tech giants?

Although some tech companies may complain, it is evident that their unwavering influence is dangerous. So far, this year has been ripe with data misuse and unethical practices.

Earlier this year, the ‘Five Eyes' collective of five nation states called on tech giants to build backdoors into their users' encrypted data. If companies refuse to comply, they could face “technological, enforcement, legislative, or other measures.”

Sachs said that traditional IP law is an "imperfect instrument" and remains "second-best solution to the public good, non-rival nature of information." As a result, "you create a monopoly by design, and that is inherently inefficient, and perhaps unequal as well."

Concerned about the power of today's tech companies? Listen to our our podcast with GDPR experts Richard Benjamins and Richard Merrygold to find out the benefits of data protection