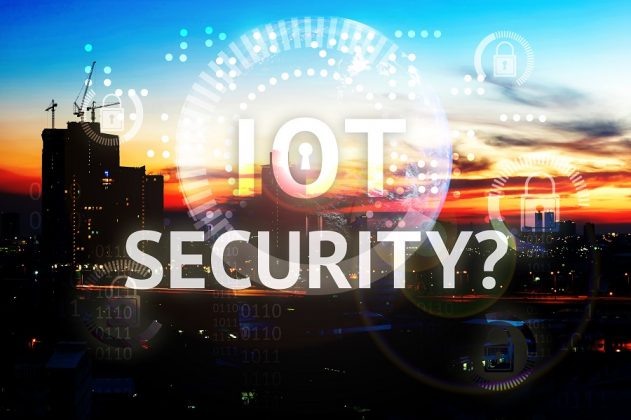 People often don't get why the Internet of Things (IoT) is different from the standard internet. The most significant difference we can list out would be that the IoT doesn't require much input. As with the traditional, the only data that is at risk is the one you put in. Simple solution; don't put any data on the internet and your problem is gone. But, in IoT the information is entirely collected on its own. The “smart” technology as we call it analyses the data on its own, so you never really know what you're putting on the internet.

For some people, this is a brand new market. However, it is also creating a new market for hackers and the market is constantly growing. Gartner predicts that by the year 2020, nearly 20 billion IoT devices will be online.

To further explain how IoT puts you at risk, let's talk about smart homes. Your temperature, lighting, alarms, doors even your phones are connected to the Wi-Fi. And, if a hacker gets into your Wi-Fi, you could gain access to pretty much everything. A burglar could open your garage door and walk right into your house without tripping any alarm. This means, your house, even with the huge amount of money you spent on security, could be wiped clean without you having any knowledge of it whatsoever. Some companies and cyber security organizations are working on safeguarding IoT devices. But, how can you protect such a centralized system when a leak in even one machine could expose your entire system? And, a research by Hewlett Packard suggests that almost 70% of all IoT devices have potential vulnerabilities. That's exactly why we're worried.

Are People Scared of IoT?

According to the Business Insider Intelligence Survey, 39% of the public claimed that the only reason they don't adopt IoT systems is because they're afraid of the cyber threats. With IoT, it is expected that hackers might evolve from virtual threats and evolve to more dangerous physical threats. Forbes has already said that most of the devices can spy on people in their own homes through cameras installed in thermostats, TVs and security cameras.

What is the Current Situation?

It's becoming more and more clear that hackers know how to get into IoT devices. Sure, there are some developments being made to secure interconnected networks but we aren't the only ones developing ourselves. The hackers know where the data is flowing and they want in on it.

The problem that security companies are facing is that these devices don't have the processing powers as our phones and computers. You can't expect to install an antivirus on a thermostat. Their performance capabilities are too low to add any technical security software.

In September 2015, a company called the Internet of Things Security Foundation (IoTSF) was launched that has the primary mission to increase the security of the IoT. The board of directors of the companies includes people from Vodafone, Imagination Technologies, BT and Pen Test Partners. Large IT companies are also working independently to develop IoT security method. So, just like IoT devices growing as an industry, securing them is also becoming an entirely separate niche.

What Can We Expect of the IoT Security in the Near Future?

With all the time and money being invested to find a solution to this problem, it is safe to say that there are only good things to come for the security of IoT devices. By 2025, it is expected that the security will be somewhat sufficient but it won't mean that the devices are completely impenetrable. People have hacked in to the Pentagon as well. Surely, hackers will still be able to get into these devices. But, hopefully, they won't be as easy pickings as they are now.

Right now, we would suggest taking advice before you start to use IoT devices. Even creepy stalkers could get into the cameras inside your house because your fridge was unsafe and stare at your whole family without any restriction. A hacker could steer your car into incoming traffic without your permission. With all that, we don't think comfort and modernity is worth all that trouble. We're not asking you to completely refrain from using IoT devices. Just it`s crucial to be aware when use to things like microwaves and stuff like that – Things that might become a danger to you or your family.