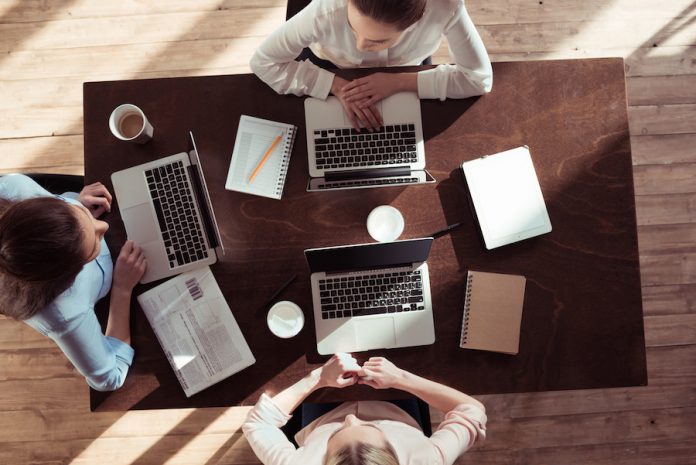 Europe's tech scene has an alarming lack of representation, according to Atomico's annual survey. The London-based venture capital firm found that more than 90% of all tech investment in Europe goes to all-male teams.

A distinct lack of representation

Total investment in European startups reached record-heights this year at approximately €20,000. Despite this incredible growth, there was a distinct lack of diversity among those companies receiving investment.

Out of the 175 startups surveyed, only 6% had a female chief executive. In addition to this, 80% of the roles most often held by women (CMO and CFO) were filled by men.

The survey also found that all-male teams were involved in 85% of all deals. Moreover, these teams received 93% of the money invested - while all-female teams benefited from just 2%.

Quite strikingly, these figures have not changed much in the past five years. Back in 2012, all-male teams collected 92% of all the capital invested in European tech startups.

“Europe's venture capital industry is missing out on returns because we are lacking in diversity,” founder of Atomico Niklas Zennström said. “Startups are missing out on performance because they lack diversity," he reiterated.

Overall, tech teams and their founders lacked adequate representation. "This means diversity not just of gender, but in terms of background, race, ethnicity, physical and cognitive differences," he said.

As a result, Zennström believes that "the entire ecosystem as a whole needs to challenge itself to make concrete commitments and change.” Atomico has since published a guide to help companies incorporate inclusivity into their hiring processes.

Discrimination in many forms

Indeed, 46% of women surveyed said they too had experienced discrimination. Many male respondents also illustrated a lack of self-awareness, and almost half of those questioned perceived the tech industry as "inclusive."

Cisco's former VP's Buck Gee and Denise Peck also conducted a representation survey of 184,776 employees from San Francisco Bay Area tech companies. They found that between 2007-2015, representation of leaders in the tech industry was reducing for minorities.

According to the survey 38% of Asian men were employees below executive level. For Asian women, this figure almost doubled to an alarming 66%.

Despite this unfortunate data, some companies are actively putting measures in place to improve representation. In the male-dominated world of cryptocurrency, IBM's 1,500 member blockchain team is currently led by women.

In an attempt to support female-led startups, Capital Enterprise and the JP Morgan Chase Foundation also launched OneTech. The ambitious project aims double the number of female and BAME founders accessing investment by 2020.

Since its launch, OneTech has offered a range of start-up support to eligible candidates. This ranges from mentoring schemes, free hot desk spaces, access to events, and assistance in raising early seed-stage funding.

Back in August, the UK government also allocated new funds to boost the diversity of people working in the tech industry. The Digital Skills Innovation Fund intends to “help people from underrepresented backgrounds gain the skills they need to work in digital roles.

The benefits of representation

Contrary to Europe's lack of representation, a new report from Tech Nation suggests that boards with adequate representation do better business. The research found a significant relationship between the gender of directors and company turnover, and nationality and investment raised.

According to the report, there was a 453% higher investment for directors sitting on internationally diverse boards. There is therefore no reason why tech companies, investors, and executives should not strive to represent society on the whole.

How can women excel in fintech, often a male-dominated industry? Head of Trading at Capital.com Ying Panagiotou shared her valuable tips with us