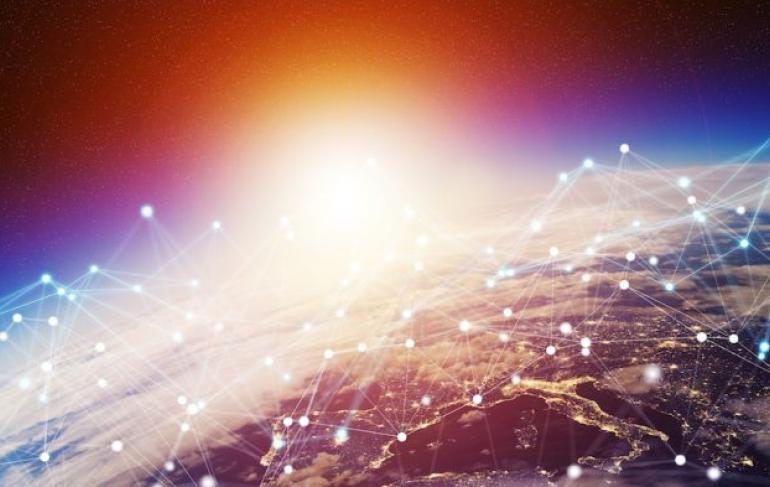 Blockchain is a constantly growing list of records that are linked and secured by cryptography - but it is often associated with controversial cryptocurrencies. It can be used to manage online identity verification, aid manufacturing growth, and even implemented in innovative e-commerce platforms.

The financial sector is now beginning to capitalise on blockchain after maintaining a consistent level of skepticism. Major bank CEOs have declared that blockchain will underpin the financial industry “in five years.”

The CEO of ING asserts that “the banks are really working on this now because the potential is so huge.” Blockchain has also caught the attention of huge corporations like IBM, SAP, Microsoft and Amazon.

Back in 2017, Juniper Research conducted a survey with 400 large firms and found that 6 in 10 respondents were “either actively considering, or are in the process of, deploying blockchain technology.” This is certainly the case for some: IBM are currently championing diversity with a female-led blockchain team, and PwC just unveiled a blockchain audit service.

Although some companies are beginning to capitalise on the technology, blockchain lacks a certain level of user trust. Joshua McKenty, cloud tech expert, believes that bitcoin and blockchain are now comparable to the controversial Napster and peer to peer (P2P) of the late 90s.

Napster allowed users to share MP3 files illegally, and as a result hindered P2P's development into an enterprise technology. “You couldn't talk about Napster and have it be a positive conversation. Bitcoin has done that to blockchain. It will take us time to recover what bitcoin has done to get to something that is really useful ,” McKenty commented.

It took a decade for P2P to be trusted and used in enterprise, and blockchain could suffer the same fate. Deloitte's survey of over 1000 participants in 7 countries upheld this view, and 61% of respondents perceived blockchain as a mere “database for money.”

Richie Etwaru, founder and CEO at Hu-manity.co sees the issue as a lack of trust. He argues that the “hurdle” to widespread adoption of blockchain in business is that “those who have traditionally designed or transformed business models in large enterprise settings have systematically and habitually treated trust and transparency as second, sometimes third level characteristics of a business model.”

Companies simply aren't accustomed to operating from a position of trust. “The raw material needed are the willingness and executive level alignment and harmonisation around the notion that trust and transparency are the next differentiators,” Etwaru added.

Blockchain could be used as a reliable record of anything of value if businesses start to trust the technology. Identity verification will be integral to the blockchain network, especially when companies begin to engage with blockchain-to-blockchain interactions.

Charles Francis, Accenture senior analyst, predicts that blockchains will remain predominantly private. “Initially blockchain-to-blockchain connections will be manually set up and you will manage your network in a private model and bad actors will be immediately obvious,” he stated.

Authentication is set to become increasingly important, and Francis believes that there needs to be a system in place to authenticate identities beyond private networks. PwC's auditing service is a good start, but it is unclear as to whether traditional methods of auditing can be applied to new and unfamiliar technology.

Talla CEO Rob May helped to launch the blockchain BotChain, and raised the question of a standard blockchain and shared marketplace. He said “blockchain and tokens provide decentralization and incentives such that, if you set the right rules, maybe you could do it. That could be transformational.”

The fundamental barrier to widespread blockchain adoption is trust. Although the technology is still in the juvenile stage of its enterprise career, blockchain's transformative qualities are becoming increasingly apparent to businesses.