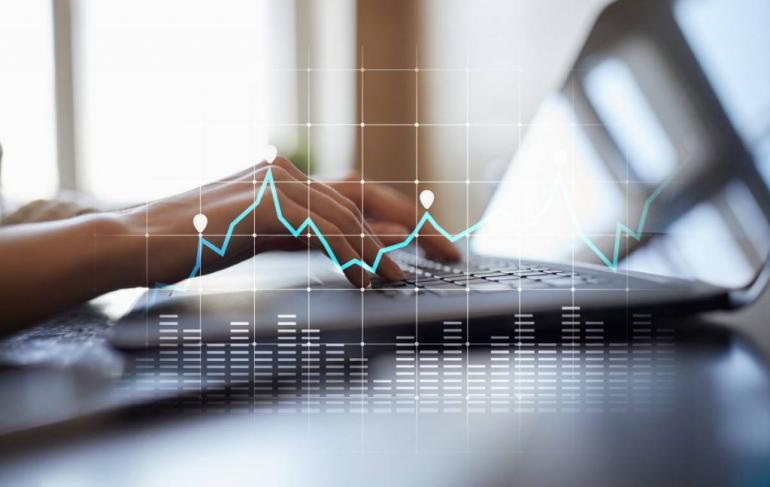 Today is a great day to be working in data. Now more than ever, businesses are recognising that data underpins growth, profitability, and success, so much so that, for the first time, it has become a usual boardroom discussion. In turn, the demand for data science skills has grown exponentially, and data has become a particularly lucrative field, to say the least.

Entrusted with constantly turning data into sensical, valuable insights, analysts have a large task on their hands. However, when pursuing these endeavours, it’s not uncommon for them to be confronted by different hurdles, with some presenting themselves as early on as data collection. While analysts have plenty of data to play with, businesses are hoarding more siloed data sources than ever before. What’s more, businesses are often finding that they’re simply spending too much time on low-level tasks such as manual integration of data sets and managing middleware.

Data professionals and analysts are not in a position to accept time-intensive, mundane tasks as their ‘normal’. On the contrary, time is of the essence and teams need to be able to crunch their data quickly to reach their data-driven goals. To achieve this, businesses need to take advantage of solutions that eliminate low-value tasks and help data teams focus on what matters most.

One of our favourite offerings to help your teams focus on what matters is Fivetran. The company puts it well: “If you’re not a middleware product and integrating all your data is not a core function of your business, then why spend more than 5 minutes focusing on it?”.

Fivetran promises simple, reliable data integration, enabling your teams to focus on analytics rather than engineering. It works by automating data integration from source to destination, providing data that your team can analyse instantly. By leveraging automation, businesses can multiply the volume of data they integrate and successfully carry this out in a matter of minutes. Thus, with Fivetran in your arsenal, your analyst teams are in good stead to reach more revenue-boosting insights in far less time.

Powered by its impressive portfolio of prebuilt, fully automated connectors, at its simplest, Fivetran receives data from your source and writes it to your destination, all while using encrypted connections. Not only is their connectors directory seriously extensive, but they can each be launched in an instant. On the off chance that you don’t see a data source you need, Fivetran is happy to take requests from customers if they need one built.

Of course, this does ring true of the fact that each company’s data journey is unique to itself; businesses will always have different requirements to reach different objectives. What’s clear in Fivetran’s customer case studies, however, is that the company is highly capable of accommodating your business’s unique needs. In fact, they cater for businesses in industries ranging from finance, to healthcare, to media and education, among others. Below, we explore two Fivetran customer case studies to demonstrate how businesses have used their offering to achieve their unique goals.

carwow is a car buying comparison site based in the UK. Pre-Fivetran, carwow was operating with numerous costly and time-intensive sync processes. PostgreSQL data would be copied into Redshift once a day, but this sync would take as long as 12 hours, which only worsened as the business’s data grew. Soon, employees would come to work in the morning, only to find they have no updated data to work with, hindering them from carrying out up-to-date analysis.

carwow decided to migrate its data from Redshift to Snowflake due to its lower costs and better scalability. However, carwow was still having to reevaluate its pipeline in light of increasing syncing costs. The company knew that if they were to continue growing, they needed a fixed cost to keep it from becoming too expensive.

This led to carwow opting for Fivetran with Snowflake. Among Fivetran’s capabilities, it can replicate all your data into ready-to-query schemas in Snowflake. What’s more, Fivetran also offers support for Snowflake running on AWS, Azure, and Google Cloud.

Not only was carwow able to reduce its costs with Fivetran and Snowflake, but the company was also treated to a host of other benefits too, some as early as the initial setup. One of Fivetran’s most attractive qualities is that you can get started quickly. A senior developer at carwow said that the company only needed to “connect it and leave it alone.”

Thanks to Fivetran, carwow has since been able to conduct analysis from more sources and reduce time spent on ETL, allowing its teams to focus their energies on business-critical analysis and ultimately, the company mission. What’s more, unlike pre-Fivetran times, employees could now come into the office knowing that yesterday’s data is in Snowflake and ready to be queried.

What carwow also quickly noticed was Fivetran’s impressive customer service, from shorter wait times to what the company was able to offer. In particular, Fivetran agreed to build a Kafka connector to accommodate carwow’s needs, which the company now runs every six hours flawlessly.

Another one of Fivetran’s customers is Treatwell, Europe’s largest hair and beauty marketplace. Treatwell is a notably performance and data-driven business that has experienced particularly quick scaling and growth.

With scaling of this level, data needs in the business would consequently grow too. Already, data was everywhere at Treatwell, and its value is widely understood at the business. However, users increasingly wanted more data, as well as more access to data sources. With data playing such a significant role in Treatwell culture, it became all-the-more important to execute data initiatives effectively.

Pre-Fivetran, almost everything was carried out in-house, which entailed accessing different data sources through APIs to load into their data warehouse (Redshift). This can be a somewhat finicky process as it is, and often took Treatwell as much as a day per week to carry out. However, as the company continued to scale, it became increasingly clear that this method simply was not going to work for them anymore.

Although the business scaling was significant, the company wasn’t necessarily looking to scale its headcount too. On the contrary, while hiring however many data engineers to drive data initiatives could be effective, it would come at a significant cost. Instead, Treatwell needed to decide what route and solution would make the most economical sense.

The question they had to ask themselves in particular was whether they would continue building integrations, or whether it was time to build instead of buy. In doing so, they arrived at the conclusion that buying would be the better route to take than building or updating pipelines. It was at this point that they decided it was time to bring Fivetran into their arsenal, and they have not looked back since.

Today, Treatwell is leveraging its modern data stack with Looker and Fivetran. In particular, Fivetran is used to load data from numerous sources, including Facebook Ads, Salesforce, Zendesk, and many more. With Fivetran and Looker, Treatwell has been able to drive self-service, as well as inspire users to build their own reports and get them more invested in their data. Better still, the Treatwell team no longer needs to worry about spending time fixing APIs, freeing them to focus on more valuable projects elsewhere.

For example, during a Fivetran webinar, Jeff Sloan, Data Product Manager at Treatwell, shared how the company has been working on automating month-end processes for its finance team. With Fivetran, Treatwell has been able to integrate its Stripe data, reconcile that between different systems it its data warehouse, and provide access to that data at a very granular level to the finance team. In turn, they can take self-serve and automate end-of-month functions. While it’s important to give LookML a nod too, having both Looker and Fivetran in its toolkit has saved Treatwell’s finance team plenty of time. Rather than dealing with calculations and finding a number, they can instead fast-forward to asking the questions that ultimately drive value to the business.