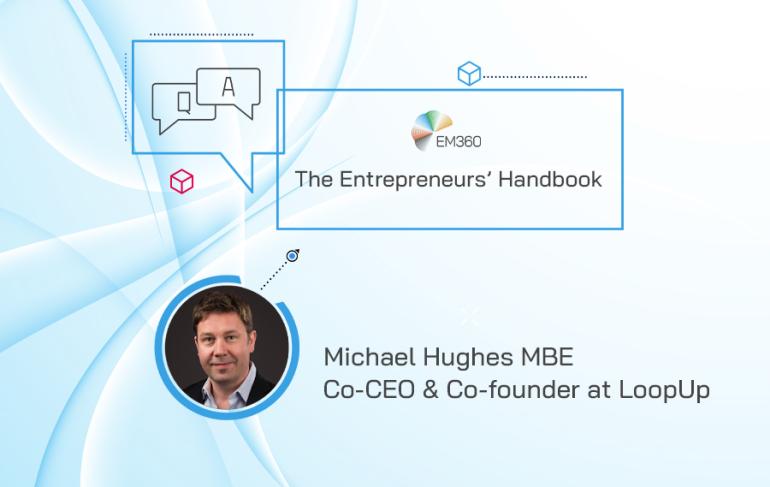 Granted, the tech industry is filled to the brim with great talent, but there are some tech professionals with CVs so impressive that they’d give anyone a case of the green-eyed monster.

Michael Hughes MBE is definitely among those with an exceptional career history. Beginning with an impressive education (MEng from Imperial College, as well as an MBA from Stanford as an Arjay Miller Scholar), Michael has since gone on to start his own companies and be awarded one of the UK’s most prestigious accolades, an MBE.

Intrigued by his achievements and expertise, we asked Michael to join us for a Q&A. Here’s what he had to say...

Firstly, we’d love to hear more about your MBE! What was it awarded in recognition of, and could you share some reflections about the awarding experience?

In 2012 i was invited to a breakfast with a bunch of British entrepreneurs and the British Ambassador to discuss ways in which the UK could strengthen its position as an entrepreneurial tech centre in Europe. Rather than infrastructure or incentives, the vast majority of the entrepreneurs identified the ‘secret’ of Silicon Valley as being around the attitude that has grown up here around risk and failure and the overall proclivity for people to try things and be brutally honest if they don’t work out.  Flowing from this discussion, I suggested that it might be a good idea to try to create some opportunities for top engineering grads to come to theBay Area, work for fast growing start-ups and become infused with the attitude and philosophies that underpin the entrepreneurial cluster and take that learning to strengthen entrepreneurship back home.

This resulted in the creation of the Silicon Valley Internship Programme (SVIP) www.siliconvalleyinternship.com which typically enjoys over 800 applicants for between 10 and 25 places with startups each year.  The SVIPs get to experience life working on a start-up in the Bay Area and we augment that experience with various events and educational activities to network the SVIPs into the community and teach them about entrepreneurship more broadly. In recent years, we have emphasised bringing more women into the programme and we have achieved female male parity or better for each of the last 4 years by opening the programme up to female engineers from anywhere in the world.  Roughly 100 entrepreneurs have been through the programme and more than 10 start-ups have been created by SVIP alumni.

The MBE was awarded in recognition of the contribution the SVIP has made to entrepreneurship and graduate education in the UK.

What inspired you to start LoopUp?

Back in the late Nineties and early Noughties, both my co-founder, Steve Flavell and I were working in different, highly VC funded, start-ups.  Sadly, both businesses ultimately did not work and we both experienced the fairly painful process of the end of a company.  Coming out of this formative experience, we both were keen to start a new business, but were also very keen to create a company where the internal culture would be a priority.

As a result, the ‘who’ and ‘how’ of starting LoopUp was perversely more important than what the business exactly did which led us to the unusual situation of forming the core team while we were still trying to decide between a business in telecommunications and one in caravan parks.  Thankfully, the challenges that we could address in the telecomms space ultimately resonated with us better and the LoopUp journey began…

LoopUp isn’t the first company where you have been a founding member. Given these experiences, what advice would you give to those who are looking to start their own companies?

Beyond that, the other key bit of advice would be to just start…  Often, new entrepreneurs feel like they need the answers to all questions before they feel like they can start.  My experience has been that almost all companies change what they are doing from their initial concept as they try to find market fit.  Given this, getting going and talking to potential customers with even the most minimally viable product provides far more progress than trying to figure everything out conceptually before committing.

What would you consider to be the highlight of your career?

How do you spend your free time?

As a Welshman, I am rather predictably enamoured with rugby and since becoming too fat and slow to play, I now get to wander the world, watching rugby and enjoying the fact that the older i get, the better I was…