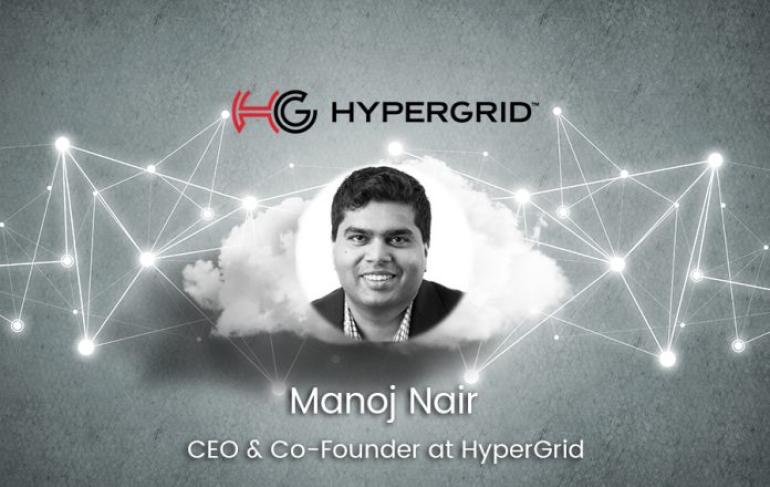 In the Gartner Magic Quadrant for Cloud Management Platforms 2018, HyperGrid was named a visionary. This year, on April 10th, 2019, the company named Cloud and security innovator Manoj Nair as their new CEO and co-founder. Prior to this, Nair spent several years as Chief Product Officer. Manoj describes himself as a C-Level executive in the software industry, with deep knowledge of the cloud, analytics, and cybersecurity. Over the years, Nair has accomplished incredible things with several leading technology brands, including Hewlett Packard Enterprise, EMC, and RSA.

Manoj Nair started his role as the CEO and co-founder of HyperGrid in March 2019. In this role, Major is responsible for the product management, technology directions, engineering and marketing activities. Before he took the position of CEO as Nariman Teymourian's successor, Nair was Chief Product Officer. In the role of CPO, his team was responsible for driving the HyperCloud Intelligent platform strategy to new heights. In December 2018, Manoj was also appointed a valuable member of the HyperGrid Board of Directors. Before co-founding HyperGrid in August 2018, Nair held several impressive technology roles. Between January 2015 and July 2016, he was the VP and GM of Product Management for HPEHewlett Packard Enterprise. Here, he drove HPE into a top leadership position in the Gartner Integrated Infrastructure Magic Quadrant during his first year. Before his time with HPE, Manoj also held a position as SVP leading strategy and R&D for Public Cloud at the EMC Federation. This team was responsible for driving cloud investments across the VMWare and EMC collection of companies. Before that, Manoj was GM and SVP for RSA - accountable for the authentication and IAM product lines. Nair has also been a part of the seed team that helped to drive the implementation of the RSA Security Analytics unit.

Since achieving his Master of Science in Computer Science from Clemson University, Manoj has achieved excellent outcomes in a host of senior roles. Nair is also an official member of the Forbes Technology Council. In addition to this, he holds over a dozen patents granted by the USPTO in File systems, Systems Software, Security, and Information Management. With Manoj's help, many companies, including HyperGrid have been able to access and create market-leading and award-winning technology innovations. When announcing his new position as CEO, the Managing Director of Atlantic Bridge Capital, Kevin Dillon noted that Manoj's natural leadership makes him an excellent fit for the role.

Enjoyed this piece? Take a look at the previous CxO of the Week