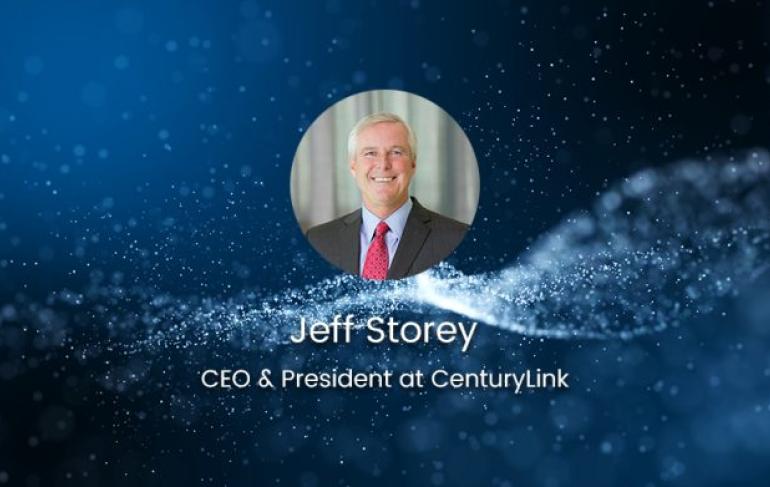 CenturyLink is one of the world's best-known providers of IT, hosting, and managed service solutions. An inspirational and highly experienced leader in the tech industry, Jeff Storey currently stands as the company's president and CEO.  Prior to this, Jeff built his career with CenturyLink over 9 years, starting as President and COO in 2008. Today, Storey is also a valued member of the Board of Directors for CenturyLink. Storey's current priorities focus on delivering a differentiated experience to customers and helping CenturyLink to become the premier networking company. For his employees and colleagues, he thus remains a source of motivation and innovation.

A Long History and IT and Communications

Jeff Storey grew up in Texas, with parents in the airline and construction industry. He always had an interest in technology and communication services and eventually got his bachelor's degree from Northeastern University. Moving from his bachelor's major in math, physics, and engineering to Southern Methodist University, Storey received a Masters in Telecoms systems. Jeff's career began with Southwestern Bell Telephones in 1983, before he moved into a variety of positions in 1990 with Cox Communications. In 1999, Storey joined WilTel Communications, where he eventually took the role of CEO and president in 2002. In 2005, the WilTel company sold to Level 3 Communications, and Storey came onboard. Between December 2009 and April 2013, Jeff was President and COO of Level 3 Communications. When Jim Crowe, long-term CEO of the company stepped down in 2013, Storey took over his mantel. In November 2017, Level 3 Communications and CenturyLink launched a crucial merger, which created the brand-new CenturyLink brand. By 2018, Jeff was in his new role as CEO and President of the updated CenturyLink business.

An Engineer and Long-Time Leader

Storey has 6 children with his wife and lives on a ranch in Oklahoma. Currently, Wallmine predicts that his net worth is about $61.7 million. Through many describe Storey as a focused and nuanced leader, he describes himself as an "engineer." In an interview with Isemag in 2018, Storey explained that he lives his life by breaking complex goals down into their smallest components. Jeff believes that bringing engineering strategies, like problem-solving and efficiency into leadership helps him to be a more effective CEO.

Enjoyed this piece? Take a look at our previous CxO of the week