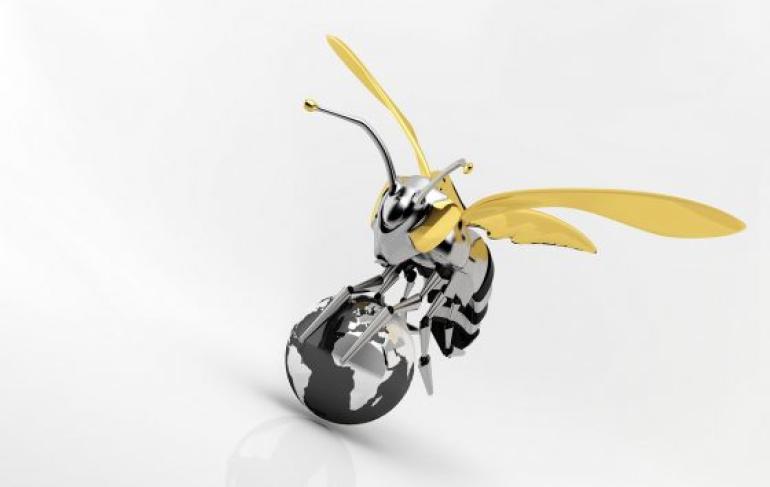 US retail behemoth Walmart has filed a patent for autonomous robot bees, of all things.

But while it might sound a bit odd to be investing in building a swarm of robot bees, it may actually serve the company’s interests.

Walmart wants to grow its fresh food business, for which it depends on the agricultural industry for supplies, and for years scientists and experts working in agriculture have been saying that the US bee population has been plummeting.

Bees, of course, play a crucial role in pollinating plants of all kinds – without the buzzy little insects a lot of plant life would die out. This would create shortages in the food supply, raising prices and generally causing problems for Walmart, which for millions of Americans is the local greengrocer.

Moreover, with the entrance of Amazon into the fresh foods sector – with its purchase of Whole Foods Market – Walmart is clearly thinking ahead. Amazon paid almost $14 billion to buy Whole Foods Market and is ramping up its local fresh food deliveries through its Amazon Fresh service.

Now Walmart is launching a grocery delivery service across the US, at more than 800 stores, ultimately covering about 40 per cent of US households, according to Business Insider.

Walmart has more than 6,300 stores worldwide, most of them in the US. Walmart customers will be able to order fresh groceries through its website or app, and the retailer is said to be partnering with Uber and local delivery companies to create a sustainable supply chain.

One type of robot bee – officially called “RoboBees” – was developed by scientists at Harvard University in 2013. In the past few years, RoboBees are said to have learned not only to fly and hover in mid-air, but also stick to surfaces and swim underwater.

However, Walmart’s robot bees are said to be capable of more. Unlike Harvard’s bees, Walmart’s bees have the capacity to be remotely controlled, presumably through an internet-of-things platform.

CB Insights, which first broke the Walmart robot bee story, says the insect is just a small part of Walmart’s plan to “automate farming”. Other aspects include using drones and sensors to monitor fields and farms to minimise crop damage and loss. CB Insights says Walmart has so far applied for a total of six patents relating to automated farming.