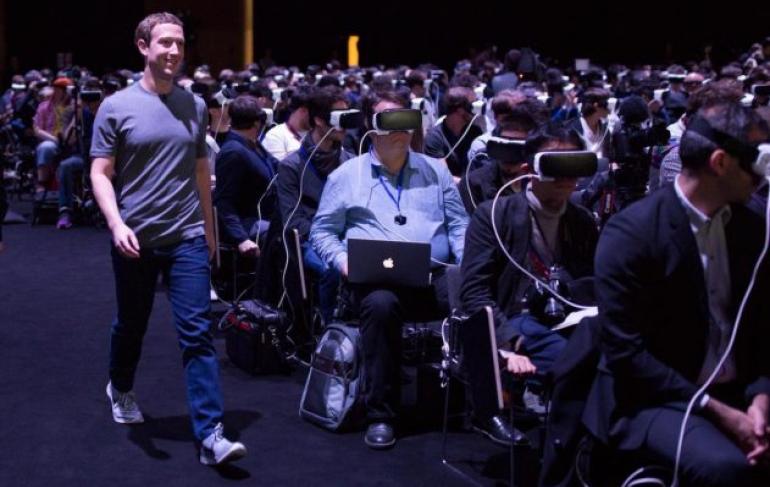 Facebook is getting ready to launch what could be the most important device of the future – a brain-computer interface, or mind-reading technology.

Brain-computer interfaces have been in development for decades, and often take the form of a cap or helmet with electrodes on the surface.

These brain-computer interfaces are said to be able to read the electrical signals from your brain and translate them into plain English or whatever language you speak, as long as it’s a known language.

One of the challenges in developing mind-reading technology is that scientists don’t really know what language the brain uses at the subconscious level: it probably mostly uses symbolic language, images, sounds and so on, and, along with any thoughts the person has, and the information probably takes the form of electrical signals which do not start out as any known language.

Be that as it may, scientists and developers have learned enough to develop numerous examples of brain-computer interfaces, some of which is are being tested here and there, at universities such as Stanford, and other organisations such as as at OpenBCI.

But most of these projects – while reasonably well-funded – do not have the mountains of dosh at the disposal of Facebook, which has 700 billion users worldwide.

Facebook is being understandably secretive about its BCI project, and isn’t saying how money it’s put towards its development.

All that is known about the Facebook BCI is that the project is based in “Building 8”, which may or may not be an actual building, but is known to be Facebook’s secret projects section, a bit like Google X.

Another thing that is known about Facebook’s Building 8 is that it is headed up by Regina Duggan, a former executive of the Defence Advanced Research Projects Agency, part of the US military.

No one has yet got hold of pictures of Facebook’s BCI, but considering that the company bought virtual reality headset maker Oculus for $3 billion recently might give you an idea of what form it will take, although the BCI is unlikely to cover the eyes.

In what could be described as a terrifying vision of the future – or even the present – Facebook CEO Mark Zuckerberg was pictured last year with a large number of people wearing VR headsets.

Zuckerberg did not talk about BCIs or mind-reading technology at the time, only VR, but speaking at the Mobile World Congress, he said he thinks the technology has a big future. “Facebook, with Oculus, are committed to this for the long term. We’ve recently created new teams at Facebook to build the next generation of social apps and VR.”

Moreover, The Guardian reported some more of Zuckerberg’s comments, which perhaps give more of an insight into Facebook’s BCI plans.

Zuckerberg said Facebook is working on “science fiction-like” mind-scanning tech, and said: “There’s some pretty crazy brain research going on that suggests we might be able to do this at some point.”

He added: “You’re going to just be able to capture a thought, what you’re thinking or feeling in kind of its ideal and perfect form in your head, and be able to share that with the world in a format where they can get that.” Needless to say, if BCIs are effective, they will change everything – not just social media websites like Facebook.

But staying with computer technology, one other interesting aside here is that Apple, too, is very interested in virtual reality and augmented reality, with rumours circulating that it is planning to launch a headset next year.

If it does, it’s very likely to closely integrate it with Siri, it’s iOS voice assistant, possibly giving it added mind-reading powers.

The reason why this could be significant going forward is that Siri is the second-most popular mobile search method, according to a report by FiveSight Research.

Google is still way, way ahead of the chasing pack, but it’s perhaps surprising that Siri evens figures in the rankings at all, much less take second place. This is how respondents answered FiveSight’s question, “What is your primary search engine on your smartphone?”

The survey is quite recent – first quarter of 2017, and it will be interesting to see how it changes over the rest of the year, and when Google starts pushing its own voice search, in competition with Siri.

Incidentally, if you’re looking for a job peering into people’s minds, Facebook is looking for a brain-computer interface engineer – as are many other companies no doubt.