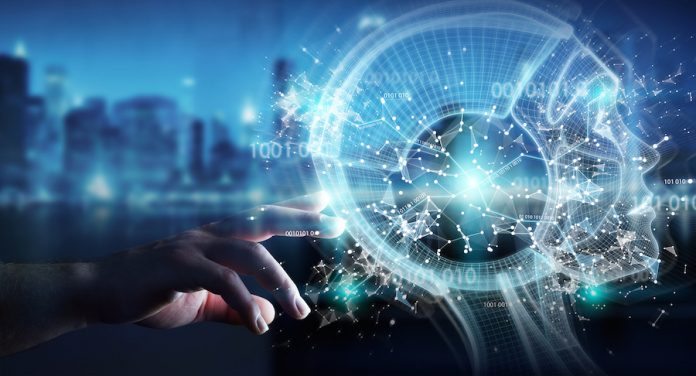 The 7 stages of the future evolution of Artificial Intelligence

“Artificial intelligence (AI) is coming to get us” and it's just a small step from a self-driving car to AIs taking over our world and the “end of days” dystopias that Hollywood has popularised in a number of recent films. Or so some would have us believe.

The reality is far less dramatic, and AI will need to go through a number of stages of development before it reaches the most extreme scenarios – if ever. In our recent book Beyond Genuine Stupidity – Ensuring AI Serves Humanity, we explore the possibilities and challenges presented by this game changing technology. In this article we draw on key concepts from the book to demystify the fundamentals of AI, provide insights into seven possible stages through which it might develop, and highlight the types of applications we might see in the next 15-20 years.

What is Artificial Intelligence and why now?

At the core of the concept of AI is the idea of developing intelligent machines - e.g. computer algorithms that work and react like humans. Applications include performing speech recognition, natural language processing and translation, visual perception, learning, reasoning, inference, strategising, planning, intuition, and decision-making. People have been working on these concepts since the 1940's and AI has experienced many false dawns or “winters” as the AI community likes to describe them.

This time round, the feeling is that AI is here to stay and that it could become central to every aspect of human existence from detecting and treating heart failure through to running companies, economies, and legal systems. There are five main factors that have made AI the hot topic on the agenda for companies, investors, politicians, and citizens alike.

Firstly, we are seeing the development of far more efficient and smarter machine learning tools – the core algorithms through which AI systems develop their intelligence. 2) In parallel, computer hardware processing power and transaction speeds have accelerated, and 3) cloud computing allows us to share and combine data and processing power across the globe. 4) At the same time companies such as Google and Amazon have amassed vast amounts of data that require AI to process it – giving rise to 5) money. The scale of the opportunity presented by AI has seen billions of dollars being invested by these new technology companies, corporates in other sectors, and venture funded start-ups – so the game is well and truly on.

There are a number of different fields which fall under the broad umbrella of AI, the main ones are described below. The most common are rule based or “expert” systems which can apply vast number of rules on a consistent basis. These have been around for over 30 years with common applications including the processing of loans and mortgage applications and basic medical diagnosis.

Robotic Process Automation (RPA) is the next stage on, with machines performing complete processes that in the past required a combination of rule based decision making and an element of human judgement – common in tasks such as handling calls to service centre, processing an insurance claim, or checking the calculations in an architectural design.

Tasks considered closer to true human intelligence include voice recognition, interpretation of human conversations conducted in “natural” languages, and speech generation. Similarly, considerable progress has been made with computer vision – enabling the ever-more accurate recognition of images – with application as diverse as spotting misshapen pies on a production line through to facial recognition for airport security purposes. Other increasingly deployed AI applications include tools that can undertake sophisticated planning, scheduling, and optimisation of tasks - encompassing everything from manufacturing to crew rostering.

The hottest field of AI at present is Machine Learning - the notion of using statistical techniques to help systems learn from data. This is the area gaining most attention at present because of its potential – namely the use of neural networks and deep learning algorithms to develop systems with learning capabilities closer to those of the human brain. These tools are being used across a range of applications, with the most common being chatbots to perform increasingly sophisticated customer interaction tasks by combining machine learning, natural language processing, and speech generation.

Finally, robotics is being put to widespread use in everything from warehouse management and surgery to cooking burgers in restaurants. Robots typically combine a number of the other Ai fields to provide smart mechanoids.

Seven stages in the future Evolution of Artificial Intelligence

With literally hundreds of thousands of developers and data scientists across the planet now working on AI, the pace of development is accelerating, with increasingly eye catching breakthroughs being announced on a daily basis. This has also led to a lot of confusion about what we can do with AI today and what might be possible at some point in the future.

To provide some clarity on the possible development path, we see seven distinct stages in the evolution of AI's capabilities:

Stage 1 – Rule Based Systems – These now surround us in everything from business software (RPA) and domestic appliances through to aircraft autopilots. They are the most common manifestations of AI in the world today.

Stage 2 – Context Awareness and Retention – These algorithms build up a body of information about the specific domain they are being applied in. They are trained on the knowledge and experience of the best humans, and their knowledge base can be updated as new situations and queries arise.  The most common manifestations include chatbots- often used in frontline customer enquiry handling - and the “roboadvisors” that are helping with everything from suggesting the right oil for your motorbike through to investment advice.

Stage 3 – Domain Specific Expertise – These systems can develop expertise in a specific domain that extends beyond the capability of humans because of the sheer volume of information they can access to make each decision. We have seen their use in applications such as cancer diagnosis. Perhaps the most commonly sighted example is Google Deepmind's AlphaGo. The system was given a set of learning rules and objective of winning and then it taught itself how to play Go with human support to nudge it back on course when it made poor decisions. Go reportedly has more moves than there are atoms in the universe – so you cannot teach it in the same way as you might with a chess playing program. In March 2016, AlphaGo defeated the 18-time world Go champion Lee Sedol by four games to one.

The following year, AlphaGo Zero was created, and given no guidance or human support. Equipped only with her learning rules, she watched thousands of Go games and developed her own strategies. After three days she took on AlphaGo and won by 100 games to nil. Such applications are an example of what is possible when machines can acquire human scale intelligence. However, at present they are limited to one domain and currently, AlphaGo Zero would forget what she knows about playing Go if you started to teach her how to spot fraudulent transactions in an accounting audit.

Stage 4 – Reasoning Machines – These algorithms have a “theory of mind” - some ability to attribute mental states to themselves and others e.g. they have a sense of beliefs, intentions, knowledge, and how their own logic works. Hence, they have the capacity to reason, negotiate, and interact with humans and other machines. Such algorithms are currently at the development stage, but we can expect to see them in commercial applications in the next few years.

Stage 5 – Self Aware Systems / Artificial General Intelligence (AGI) -  This is the goal of many working in the AI field – creating systems with human like intelligence. No such applications are in evidence today, however some say we could see them in as little as five years, while others believe we may never truly achieve this level of machine intelligence. There are many examples of AGI in the popular media ranging from HAL the ship computer in 2001 A Space Odyssey, to the “Synths” in the television series Humans. For decades now, writers and directors have tried to convey a world where the machines can function at a similar level to humans.

Stage 6 – Artificial SuperIntelligence (ASI) – This is the notion of developing AI algorithms that are capable of outperforming the smartest of humans in every domain. Clearly, it is hard to articulate what the capabilities might be of something that exceeds human intelligence, but we could imagine ASI solving current world problems such as hunger and dangerous climate change. Such systems might also invent new fields of science, redesign economic systems, and evolve wholly new models of governance. Again, expert views vary as to when and whether such a capability might ever be possible, but few think we will see it in the next decade. Films like Her and Ex Machina providing interesting depictions of the possibilities in a world where our technology might outsmart us.

Stage 7 – Singularity and Transcendence – This is the notion that the exponential development path enabled by ASI could lead to a massive expansion in human capability. We might one day be sufficiently augmented and enhanced such that humans could connect our brains to each other and to a future successor of the current internet. This “hive mind” would allow us to share ideas, solve problems collectively, and even give others access to our dreams as observers or participants. Taking things a stage further, we might also transcend the limits of the human body and connect to other forms of intelligence on the planet – animals, plants, weather systems, and the natural environment. Some proponents of the singularity such as Ray Kurzweil, Google's Director of Engineering, suggest that we could see the Singularity happen by 2045 as a result of exponential rates of progress across a range of science and technology disciplines. Others argue fervently that it is simply impossible and that we will never be able to capture and digitise human consciousness.

To help bring to life what a smarter future might look like, below we have outlined a possible development timeline for AI over the next 20 years or so:

Conclusion - Preparing for A Smarter World

The pace of AI development seems likely to continue and we can expect to see regular breakthroughs that blow our collective minds. However, we shouldn't assume a smooth progression through the seven stages of AI outlined above. Moving from reasoning systems to AGI isn't equivalent to the exponential progression we have become accustomed to in computer power, memory storage, and internet connection speeds. To reach our final three stages of AI, massive breakthroughs are required in areas such as neuroscience, understanding consciousness, neural networks, and deep learning algorithms.

What is clear is that, over the next 15-20 years, our world is likely to experience several fundamental transformations as this “Fourth Industrial Revolution” powered by smart machines touches every, nation, life, and sector on the planet. The critical priority and challenge is ensuring that these advances don't progress unchecked and render humans irrelevant. We have to establish governance frameworks and a public voice that are strong enough to guide the development of AI in service of humanity not in place of it.

Rohit Talwar, Steve Wells, Alexandra Whittington, April Koury, and Helena Calle are from Fast Future, a professional foresight firm specializing in delivering keynote speeches, executive education, research, and consulting on the emerging future. Fast Future publishes books from future thinkers around the world exploring how developments such as AI, robotics, exponential technologies, and disruptive thinking could impact individuals, societies, businesses, and governments and create the trillion-dollar sectors of the future. Fast Future has a particular focus on ensuring these advances are harnessed to unleash individual potential and enable a very human future. The latest books from Fast Future are: ‘Beyond Genuine Stupidity - Ensuring AI Serves Humanity', and ‘The Future - Reinvented: Reimagining Life, Society, and Business'. And their forthcoming book is ‘500 Futures'. See: www.fastfuture.com