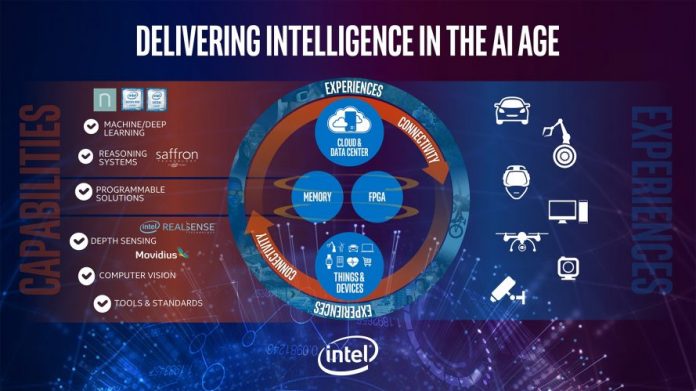 Tech companies rebuilding themselves around AI

Major tech companies are restructuring their businesses and placing artificial intelligence at the centre of their activities going forward.

The trend is reminiscent of the time when the Internet was taking off globally, with millions of people going online every month. The phenomenal growth of the worldwide web made tech companies relaunch themselves as “Internet companies”. Companies which previously developed software designed to be installed on the local disk of the user's desktop computer were now considering how to make their products and services available online, and a massive number of companies set up their own websites. Nowadays, very few companies operate without at least a company website.

While the growth of the Internet was evident for all to see in the massive numbers of people buying computers and surfing the web, the growth of AI is less obvious and is driven by advances in technology rather than behaviour of people. Critical breakthroughs have been achieved in AI, many of them in the past year or two. Machine learning, deep learning, pattern recognition, abstracting across environments, intuitive concept understanding, and a whole host of other innovations have led the tech industry to conclude that – like the growth of the Internet – the AI trend is real rather than hype, and it's here to stay. Google arguably has something of a lead in AI because, unlike many other companies, it was virtually built on the Internet. Its search engine is not only the most popular in the world, it is also the company's key to accessing huge amounts of knowledge about online behaviour as well as its own programming capabilities. Moreover, Google's global network of at least 15 data centres also provides the company with the necessary hardware infrastructure upon which to build AI systems. IBM and others may want to quibble with this, and certainly no company can be said to have a definitive AI system which is the clear market leader – the equivalent of, say, Google Search.

Google CEO Sundar Pichai said earlier this year that the company is making long-term investments in AI, adding that he believes the way we interact with computers will completely change. Writing on the Google blog, Pichai says: “Looking to the future, the next big step will be for the very concept of the ‘device' to fade away. Over time, the computer itself –whatever its form factor – will be an intelligent assistant helping you through your day. We will move from mobile first to an AI first world.” One of Google's major purchases in AI was DeepMind, a deep learning startup company, which it bought for $500 million a couple of years ago. As well as beating the human world champion at a strategy game called Go – which is said to have more variations than chess – DeepMind claims to be able save 40 per cent in energy costs at data centres. As well as Google, most other leading tech companies are pouring money and development time into AI – Intel, IBM, Facebook, Twitter, Oracle, Salesforce, Amazon, and the rest of them are accelerating their activities in the technology.

Intel, for example, has announced that its new strategy will centre on AI. The company will build its new structure around its $400 million acquisition of deep learning startup Nervana Systems. Intel's plan includes the launch of “a range of new products, technologies and investments from the edge to the data center to help expand and accelerate the growth of AI”. In a blog post, Intel CEO Brian Krzanich says: “Intel is committed to AI and is making major investments in technology and developer resources to advance AI for business and society.”

One of the most important hurdles to overcome in order to make AI work for users is the difficult problem of natural language processing. So far, AI systems have been impressive when analysing data they can find on the Internet or through other machine-based networks. But being able to understand what humans say verbally is still not as consistent and as accurate as it would need to be for AI to become as interactive and ubiquitous as the Internet, or rather, smartphones. Siri and other voice-activated AI systems have a long way to go before they pass the Turing Test, or whatever is the appropriate test in this context. To that end, Facebook is building a neural language model which includes “over a billion words”. The company acknowledges that speech recognition and language modelling is “quite computationally demanding”, but says its neural network can process 12,500 words a second on a single processor, “bringing a large gain in efficiency over standard approximations”.