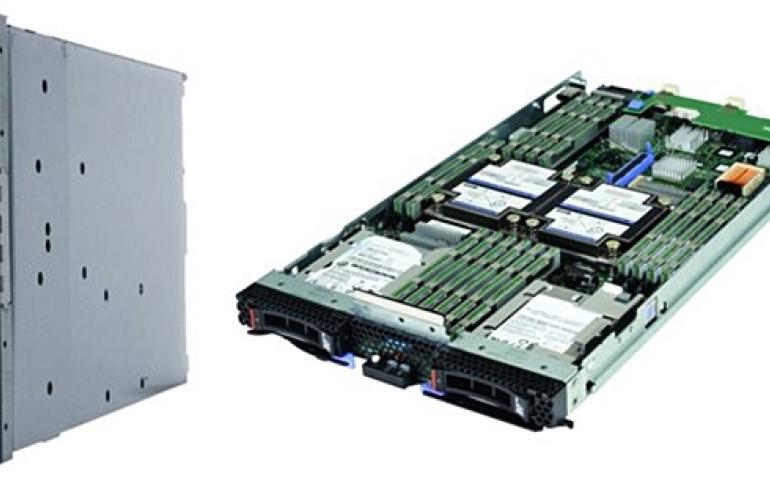 Lenovo claims it has generated its “highest revenues for its data centre group in two years”, of approximately $1.2 billion, which is an increase of almost 17 per cent year on year and more than 25 per cent sequentially.

The company is looking to capitalise on its growth with the launch of new telecommunication and internet of things offerings, as well as greater software-defined networking capabilities.

Two of the new solutions are specifically aimed at providing telecoms operators with infrastructure for virtual networks.

Another new initiative is something that Lenovo claims is “the industry’s first centralised scaling of C-RAN for 5G base stations”, in which it is partnering with China Mobile.

Fifth-generation telecommunications networks are growing worldwide, and require denser collections of base stations in urban areas. These base stations will be connected to data centres and the cloud.

“Our goal is to earn customers’ trust as the world’s most trusted data center and communications infrastructure provider, unencumbered by the protectionism seen from providers driving proprietary and expensive legacy solutions.

“We are also thrilled to be hiring some of the best talent in the industry with a focus on expanding on our position as #1 in x86 server customer satisfaction and reliability.”

Lenovo has only relatively recently completed the acquisition of IBM’s x86 server business after having bought Big Blue’s personal computer manufacturing operation way back in 2005.

The completion of the x86 server deal means Lenovo is in a stronger position to challenge for a greater share of the data centre server market, or any market that needs servers.

According to figures compiled by IDC, and reported on EM360º, Hewlett-Packard Enterprises is the market leader in data centre servers, with Dell second, and IBM in third.

Lenovo was placed fourth in the middle of last year but may have been overtaken by Cisco since that time.

Now, having acquired the x86 from IBM, Lenovo could gain more market share although it may not mean a change in the rankings yet because it won’t automatically acquire IBM’s market position and anyway there are many other challengers outside the big five.

Startup companies and the so-called “white box” manufacturers are supplying an increasing number of the servers currently on the market.

“White box” is term that refers to unbranded items, whether it’s servers or other equipment. But it can also refer to lesser-known brands.

Additionally, there are plenty of big companies not listed among the top five – Huawei, which grew its market share by more than 70 per cent last year, is one of them.

Lenovo says it has seen significant progress as it shifted its data center focus to meet the needs of hyperscale customers, high performance computing customers and enterprise customers by accelerating their cloud and artificial intelligence initiatives with the latest technologies.

This has resulted in “new levels of operational simplicity”, says Lenovo.

The next phase of the transformation is focused on the telecom infrastructure and global IoT requirements.