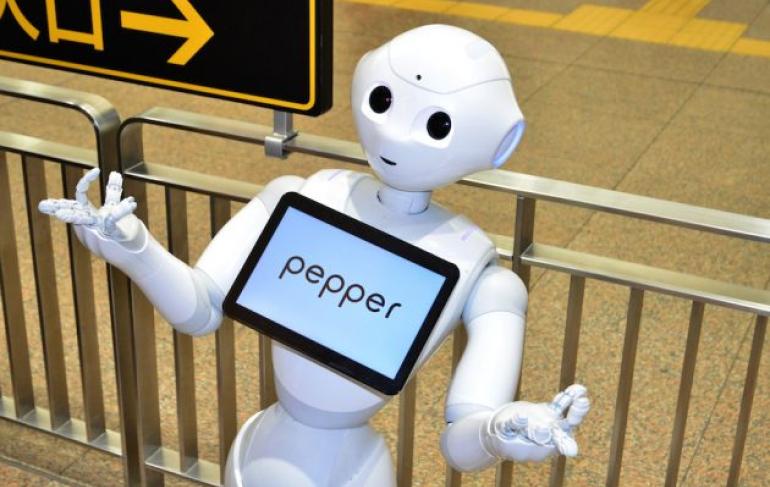 The world's first humanoid robot has bagged a job at HSBC's New York City flagship store on Fifth Avenue. Softbank's creation is set to provide “an experience in retail banking like never before.”

At present, Pepper is the only customer service bot capable of recognising human emotions and reacting accordingly. More than 140 Softbank stores in Japan are currently using the technology as a novel way of welcoming customers, and the bot has just made its US debut in retail banking.

Pepper's new role will offer customers a glimpse at “the branch of the future,” according to HSBC's Pablo Sanchez. The robotic employee is intended to streamline branch operations, entertain customers, and allow bank staff to engage with shoppers on a deeper level.

The bot will be tasked with informing customers about HSBC's financial services and answering basic questions. Pepper will tell jokes, pose for selfies, and even start to dance if a human member of staff is not immediately available.

Pepper will undoubtedly be a novelty for US customers - at least at first. Back in Japan, most people fail to acknowledge the mechanical sales assistant, so it could be challenging for HSBC to maintain a high level of engagement.

Robots are becoming bigger, and Automation Anywhere, has announced that it has over 210 pre-built robots ready and waiting in its Bot Store. Automation Anywhere bots aren't as advanced as Softbank's Pepper, but they do boast cognitive components.

HSBC insists that “Pepper is part of a larger vision being rolled out in the coming months that will transform HSBC's branch banking experience.” The banking behemoth's use of Pepper in store could initiate the rise of US robot retail - only time will tell whether others will follow suit.