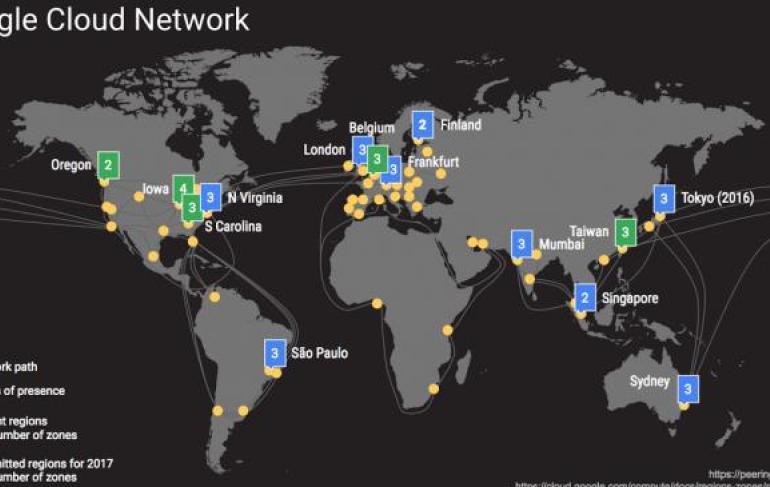 The cloud market has been relatively dynamic for some time, as all the companies chasing the leader -- Amazon Web Services -- look to gain more market share or just increase their business.

It's possible that AWS will not lost any market share or revenue, and yet the others may continue to grow because the cloud market is expanding overall. One of the big contracts being hotly debated in the media is the one the US Department of Defense is looking to award for Pentagon cloud services. The Pentagon has come in for a lot of implicit criticism in recent weeks because of the decision to award the cloud contract to one single supplier. It has yet to make a decision on which company that will be, but while it evaluates the contenders many observers are wondering why it doesn't consider awarding the contract to several different bidders. It seems adamant that it will award the contract to one single company and this may be part of the reason why Google has spent a reported $7.67 billion on upgrading its cloud infrastructure. The figure was mentioned by GeekWire, which was quoting Google's own calculations of its capital expenditure relating to data centre infrastructure spending. Google has apparently been generating huge revenues across its many business units, and has previously said that its cloud business is hugely underestimated. Google CEO Sundar Pichai claimed the company's cloud services operation was a "billion-dollar" business, but it could actually be more than that. AWS is thought to be the market leader, but studies of the market are few and far between and, more often than not, the criteria probably favour Amazon. Nonetheless, AWS is considered to be the company to catch. Even in relation to the Pentagon contract, Amazon is said to have something of a lead. Oracle CEO Safra Catz has already claimed that the bidding process favours Amazon, and it has been reported in the media that Amazon has met many of the stringent security criteria required, having gained many high-level security credentials through its work with different parts of the government, including the security establishment. However it's not a done deal and President Donald Trump's apparent criticisms of Amazon may or may not indicate how the evaluation is progression. In short no one knows who will win. But it will certainly change the cloud market and make the competition more intense than it has ever been.