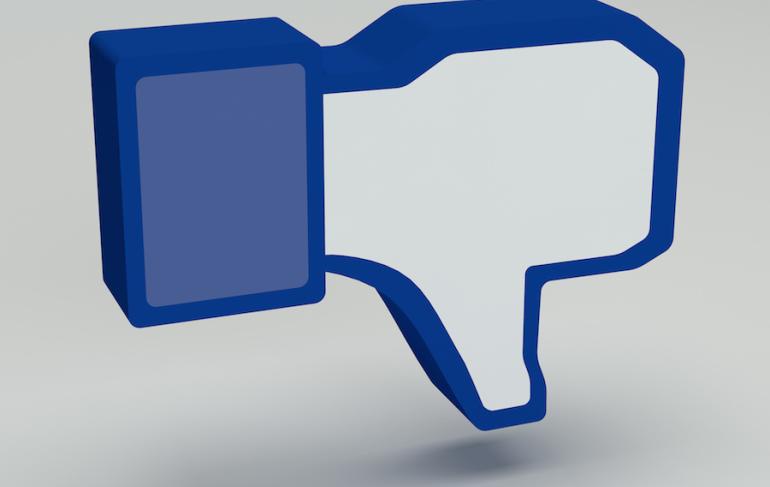 Facebook’s share price dropped by more than 20% yesterday following the company’s announcement that its revenue growth has depleted - and will continue to do so. The social media behemoth is currently experiencing its lowest-ever user growth rate. Before the Q2 earnings, Facebook’s share price sat at a record high of $217.50.

After the announcement, the share price plummeted to around $172 - a market cap drop of approximately $123 billion. The platform’s monthly user count grew at a rate of only 1.54%, in comparison to 3.14% in the previous quarter. Daily active users grew at just 1.44%, in conjunction with 3.42% last quarter.

In two hours, Facebook lost more value than most startups ever amount to. The social media giant is constantly surrounded by controversy, and the site is still failing to comply to the new European privacy rules.   Facebook had previously recovered from the decline in stocks due to the Cambridge Analytica scandal, but this period of growth was brief.

"GDPR has not had a significant (ad) revenue impact, but we also recognize it wasn't fully rolled out this quarter," Facebook’s chief operating officer Sheryl Sandberg disclosed. Daniel Ives, GBH Insights head of technology research, said “the guidance, it’s nightmare guidance.” He added “if you look at their forecast for the second half of the year in terms of user growth, and the expense profile, it refuels the fundamental worries about Facebook post-Cambridge Analytica.”

Facebook attempted to distract from the disaster by declaring a new “family of apps audience” metric of 2.5 billion people using at least one of its apps. This will attempt to conceal the shift of users from Facebook to Whatsapp and Instagram. This week, Facebook also reportedly registered a subsidiary in China in an effort to create an “innovation hub” in the cultural city of Hangzhou. In a bizarre turn of events, the license was quickly revoked following a Reuters report.

Facebook’s most lucrative markets in Europe, the US and Canada also suffered a decline in monthly users. Europe dropped from 377 million to 376 million, and the US and Canada paused at 241 million. If these markets deteriorate, the Rest of World region (approximately $1.91 per user) will be unable to compensate for the loss. Facebook simply cannot afford this setback considering the many controversies the company currently faces.