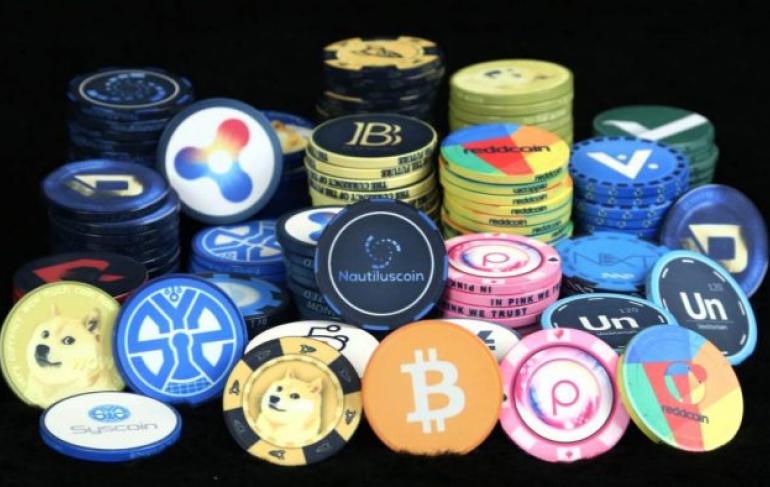 Cryptocurrencies have always been treated with a mixture of scepticism and hostility by the traditional financial establishment.

The internet system on which cryptocurrencies are built – distributed ledger technology, or blockchain – has no central authority, which makes it difficult to know who to hold responsible if things go wrong.

Conversely, proponents of blockchain and cryptocurrencies says that it is the decentralisation aspect which is its strength, and which makes it more secure.

Traditional financial structures are built on a national central bank, which technically is answerable to the national government and, by extension and in theory, to the people.

Therefore, national currencies are guaranteed by the government and the people.

So, as cryptocurrencies have grown, so too has the worries surrounding their possible disruption to the traditional financial infrastructure.

Some countries have banned cryptocurrencies, while others are considering launching their own.

But the European Union – the regional political body representing most countries in Europe – is largely hostile to cryptocurrencies.

Last year, Estonia said it was considering launching its own cryptocurrency – estcoin. However, it was immediate and harshly criticised by the head of the European Central Bank, Mario Draghi.

Now, the EU's leading financial authority is to investigate the whole cryptocurrency issue because the growth in the market has been significant in recent years, with market capitalisation of the top 100 cryptocurrencies totalling hundreds of billions.

The European Securities and Markets Authority says it will look at five key areas of the cryptocurrency market, according to a report on CoinDesk.com.

Although the authority does not use the words “cryptocurrency” or “bitcoin”, it says it will be “monitoring developments in financial innovation, in particular through the analysis of emerging and existing instruments, platforms and technology”.

This is similar language to that used by central banks across the EU, who have occasionally addressed the issue of cryptocurrencies.

But the authority adds: “ESMA is undertaking material analysis on the emergence of such instruments as virtual currencies, such platforms as ICOs and such tools as the distributed ledger technology.”

Meanwhile, Japan's financial regulator has also decided to take a closer look at the cryptocurrency market.

Although cryptocurrencies such as bitcoin have seen massive increases in monetary value over the past few years, almost all of them have fallen dramatically in the past few days.