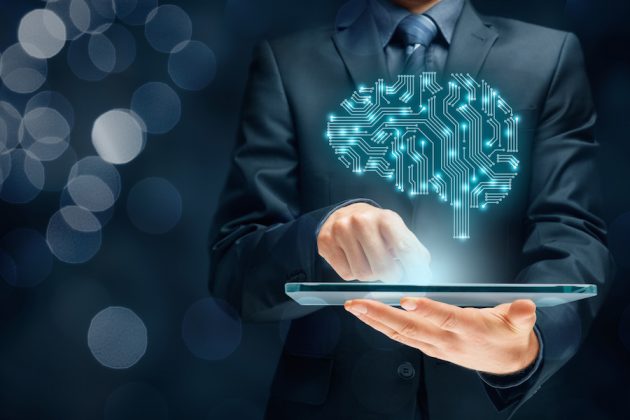 Artificial intelligence (AI) will enable people to be "far more capable," according to Peter Schwartz. The Salesforce Senior VP of strategic planning praised AI's capabilities in an interview with CNBC at the Singapore FinTech Festival this week.

AI is a "big help, not a hindrance"

Schwartz insisted that AI will allow human beings to "focus" on less "mundane" tasks in the workplace. Instead, the technology will enable people to work alongside others, think creatively, and improve interpersonal skills.

"AI is not going to replace people," he said. This is in direct opposition to the Bank of England's chief economist, who recently warned that the UK could experience “large swathes” of people becoming “technologically unemployed.”

Schwartz compared the evolution of the smartphone in relation to the development of AI digital assistants. "We have smartphones today, but it began with the Blackberry and the Palm Pilot which was pretty crude, but you got a hint of what was to come," he said.

He also added that digital assistants are "the beginnings of a next wave." This could certainly be the case - a recent survey revealed that the use of voice technology in enterprise could triple over the next year.

The downfalls of AI

Back in October, Apple chief executive Tim Cook warned of the potential dangers that AI could bring. Cook asserted that the "dangers are profound" if AI fails to "respect human values, including privacy."

“At its core, this technology promises to learn from people individually to benefit us all,” Cook said. However, he warned that “advancing AI by collecting huge personal profiles is laziness, not efficiency.”

AI also has the potential to be biased if the data used to train the model is inadequate. Earlier this year, Amazon abandoned its AI hiring tool after learning that it discriminated against women candidates.

However, the vast majority global tech leaders believe that AI, IoT, and robotics will drive business transformation by 2021. While AI has its downfalls, it is evident that the technology is integral to agile businesses and governments.