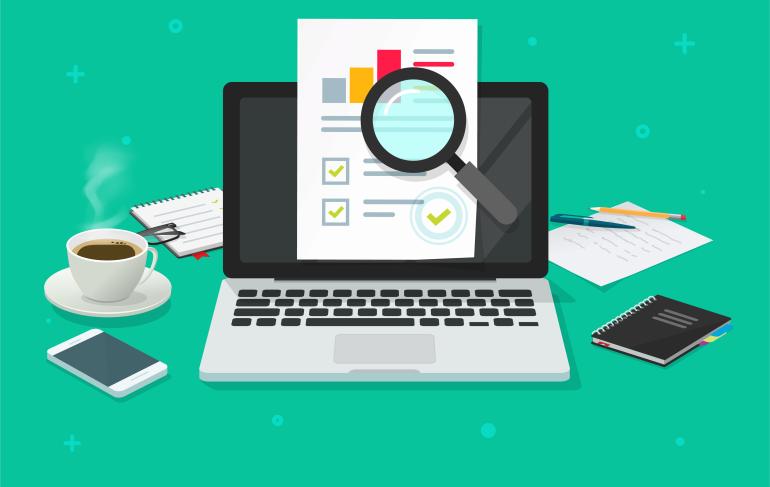 This article was contributed by Rodney Laws, Editor at Ecommerce Platforms.

Even today, decades into the digital era and almost a year into many businesses operating solely online, painstaking analysis butts heads with gut instinct in the managerial world. To be clear, this isn’t a bad thing. Going solely by what the data says is rarely a good idea if only because it can be parsed and framed in many ways — and ignoring the data is even worse.

When I talk about taking a data-driven approach, then, I’m not talking about emulating the cold abstraction of a robot. I’m talking about making decisions that are ultimately based on meaningful metrics. In this piece, I’m going to set out my argument for why anyone who wants to boost the productivity of their employees should start by reviewing the data. Let’s begin.

The data should be there regardless

Everyone’s gathering data at this point, viewing it as a fundamental fuel for business success. Consider the broader reasons for collecting information. Sellers, for instance, aggregate data so they can offer dynamic recommendations, optimize their pricing, and enhance their support. Haulage fleets invest in telematics systems so they can lower their fuel costs and cover insurance requirements. Pursuing various goals, you’re likely in the same position.

You can even factor in the data that you can’t realistically avoid capturing. CMS data, for instance, and general digital analytics; setting up Google Analytics is a standard part of the website configuration process, and you don’t need to know much about it to have that data available for analysis. The point is that you already have data available — so why wouldn’t you use it to inform your process of productivity enhancement?

Sales data can point you towards the workers who aren’t driving many conversions, and telematics data can show you which drivers are braking inefficiently and taking suboptimal routes. Going without the data to trust your questionable intuition isn’t being economical or saving time; it’s pointedly ignoring data right under your nose to achieve worse conclusions.

It makes it easier to handle discussions

The discussion of low productivity is rarely easy because people feel threatened and get defensive. You can’t blame them for being skittish given the state of the global economy: if you’re not even slightly worried about losing your job (even if you’re the one in charge), then you have stronger nerves than most — or just enough savings to retire whenever you feel like it.

When someone isn’t performing well, you need to talk to them about it, and any implication of bias in your reasoning will cause major problems. They might question why you’re singling them out. After all, their colleagues aren’t perfect, and they’re not the only one to drag their feet a little in tough times. Are you attacking them for some other reason? Because of some immutable characteristics, perhaps, or just because you flatly don’t like them?

Most people won’t respond in that way, but it can certainly happen, and it can give way to employment tribunals and other tedious administration. This is why you need to make a data-driven case from the outset. Explain that you’re not simply choosing which people to criticize, you’re going solely by the metrics, which make it abundantly clear which workers are failing to meet their performance targets. You can then be sympathetic, wanting to consider why targets aren’t being met and granting opportunities to make things better.

Productivity is more complicated than many assume

The point of taking a data-driven approach is that you don’t use the data as a crutch. You don’t take a quick glance at it and go by whatever snap inferences you made. Instead, you properly investigate the data until you’re confident that you’ve parsed it correctly — and the reason why this is vital is that using data as a crutch often results in mistakes being made.

Productivity may fundamentally come down to the combination of skill, effort, and time, but that doesn’t make it a simple matter. After all, each of those things can be broken down in many ways. Take the time that someone spends on a particular task. How is it distributed? Is there one large chunk, or many short periods? How much of that time goes towards admin like pointless meetings or inbox management?

You can do the same for effort. Someone who isn’t in the right headspace can try extremely hard without getting worthwhile results. They can sit in front of their workstation, focus as best they can for hours at a time, but only grow increasingly frustrated as they’re unable to get anything done in a satisfactory manner. They don’t deserve criticism. They deserve support.

In the end, using data to assess productivity doesn’t need to make your assessment colder. It can actually do the opposite, encouraging you to empathize with your workers as you come to better understand all the challenges they face on a daily basis.

In a time of remote working, hitting consistent productivity is a notable concern, so you need to pay close attention to what’s being achieved. When you do so, it’s important that you start with comprehensive data analysis. Only when you know what’s going on at a fundamental level can you reach appropriate conclusions.