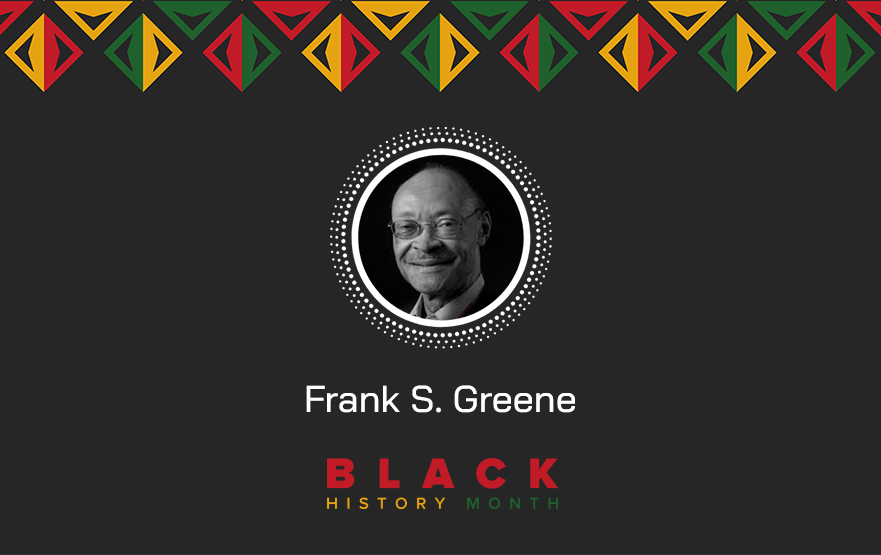 Dr Frank S Greene Jr wore many hats in his life. Some remember him as a venture capitalist, others as a scientist. Furthermore, Frank was a teacher, innovator, engineer, and researcher. However, he is also widely remembered for being a trailblazer in technology and for paving the path for future black technologists, breaking the colour barrier time and time again.

Having grown up in segregated St. Louis, Dr Greene regularly participated in sit-ins in the fight for integration. In doing so, he would go on to learn a memorable lesson. In an interview, he spoke about how he and his friends visited a pizza parlour, expecting to have to sit-in, but to their surprise, they were handed menus and the waitstaff asked what they would like. Dr Greene and his friends were taken by surprise and realised that they didn't actually have enough money between them to order anything. In that moment, he says he learned a valuable lesson: that you've got to be prepared for success.

Upon graduating, Frank became one of the first black students to obtain a BSc in Electrical Engineering from Washington University in St. Louis. He then continued his graduate studies at Purdue University, where he received a Master's degree in electrical engineering in 1962.

Dr Greene was successful in his business ventures. In 1971, he founded his first business, Technology Development Corporation (TDC), which he ran while serving as assistant chairman of the Electrical Engineering Department at Stanford. TDC went on to become a 300-person company and was traded publicly by 1985. Dr Greene then went on to launch his next business, ZeroOne Systems, a supercomputing systems house, which reached annual revenues of $15 million in just a couple of years. Then, in 1983, he became the founding General Partner of New Vista Capital/New Vista Capital Funds, which specialises in investments in early-stage and mid-venture companies.