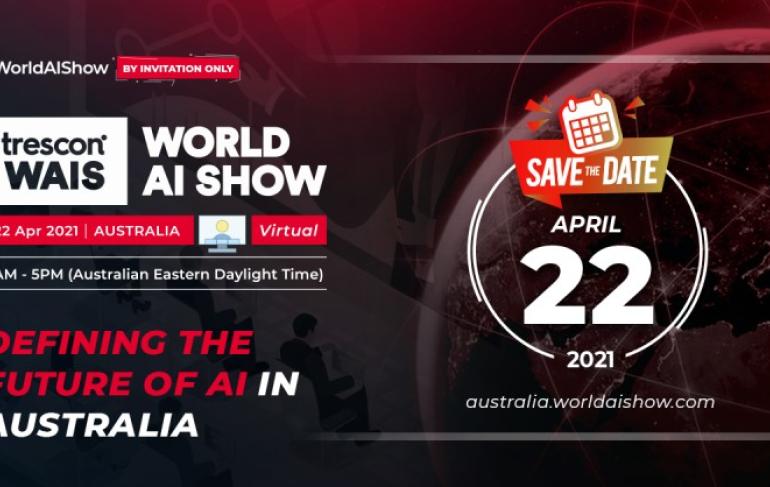 Tech leaders in Australia are gathering virtually to discuss the roadmap for the Future of AI in the Country.

Monday, 19 April 2021: Having hosted multiple high-level conferences across the world, World AI Show (WAIS) has established itself as the world’s biggest and elite AI show series. While it has proven itself as the quintessential AI event, World AI Show has a reputation of consistently getting global experts, investors, and cloud entrepreneurs - all under one roof.

Intending to fund the development of the national AI Ethics Framework, technology roadmap, and set of standards, the Australian government has earmarked US$ 29.9 million in its 2018-19 budget for over four years to enhance the country’s efforts in artificial intelligence and machine learning.

The Victorian All-Party Parliamentary Group on Artificial Intelligence (VAPPGAI) was launched in Australia at the Parliament House on March 7, 2018. The AI parliamentary group aims to discuss the critical and transformative nature of AI from all sides of the political spectrum. AI and automation are already considered under the National Innovation Strategy and are also featured in several more recent initiatives.

"We generally talk about emerging technologies and how they impact society. But we have never seen a technology move as fast as AI and its impact on society and technology. In today's world, the playing field is poised to become a lot more competitive. Businesses that don’t deploy AI and data to help them innovate will be at a huge disadvantage." said Mithun Shetty, CEO of Trescon.

The show will be hosted on the virtual events platform Vmeets to help participants network and conduct business in an interactive and immersive virtual environment. Participants can also engage with speakers in Q&A sessions and network with solution providers in virtual exhibition booths, private consultation rooms and private networking rooms.

A ground-breaking collaboration of experts

#WorldAIShow - Australia will cover current topics including AI-driven digital transformation for enterprise, Accelerating and Operationalizing AI deployments within your organization, Enterprise analytics: Managing and making the most out of big data, Data visualization bringing business intelligence to life, AI & ML use cases across industries and more.

World AI Show is a thought-leadership-driven, business-focused, global series of events that takes place in strategic locations across the world. It connects top AI experts, enterprises, government representatives, data scientists, technology leaders, startups, investors, researchers, academicians, and global AI innovators – to discuss the impact of AI on commercial applications and the revolutionary ways it can transform businesses and government functions.