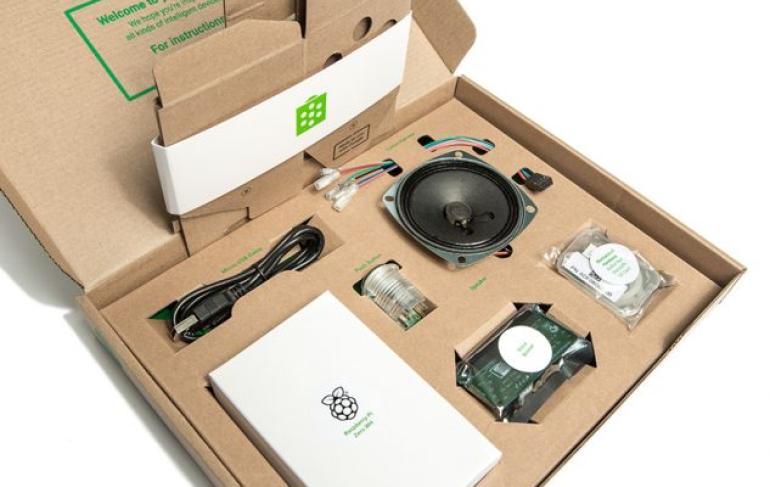 You’ve probably heard of Arduino and Raspberry Pi – they are tiny computer boards which millions of enthusiasts use in their do-it-yourself electronics projects.

Google has released two new electronics kits which include a board that looks similar to Arduino or Raspberry Pi but is meant for DIY artificial intelligence projects. Hence the label “AIY”. Although aimed at students, the AIY kits could find their way into commercial projects, perhaps as components of an internet of things network. The type of projects they would be suitable for could include security systems which rely on voice and vision. Biometric identity and access management systems are forecast to increasingly replace passwords and keyboard combinations in many instances over the next few years. Of the two kits Google has released, one is called a Vision Kit and the other is called a Voice Kit, and each come with a variety of appropriate components. As Billy Rutledge, director of AIY projects at Google, explains: “The Voice Kit lets you build a voice-controlled speaker, while the Vision Kit lets you build a camera that learns to recognise people and objects.” And they both work with Raspberry Pi, which has actually found a significant market in many different sectors – even farming, monitoring fields and crops for weeds and pests. Google has introduced an Android app to go with its AIY kits. The company says it is also working on developing iOS and Chrome connections. Additionally Google’s AIY website has been updated to include new documentation and models, showcasing “a collection of neural networks” designed to work with AIY kits. “The new kits make getting started a little easier with clearer instructions, a new app and all the parts in one box,” says Rutledge.