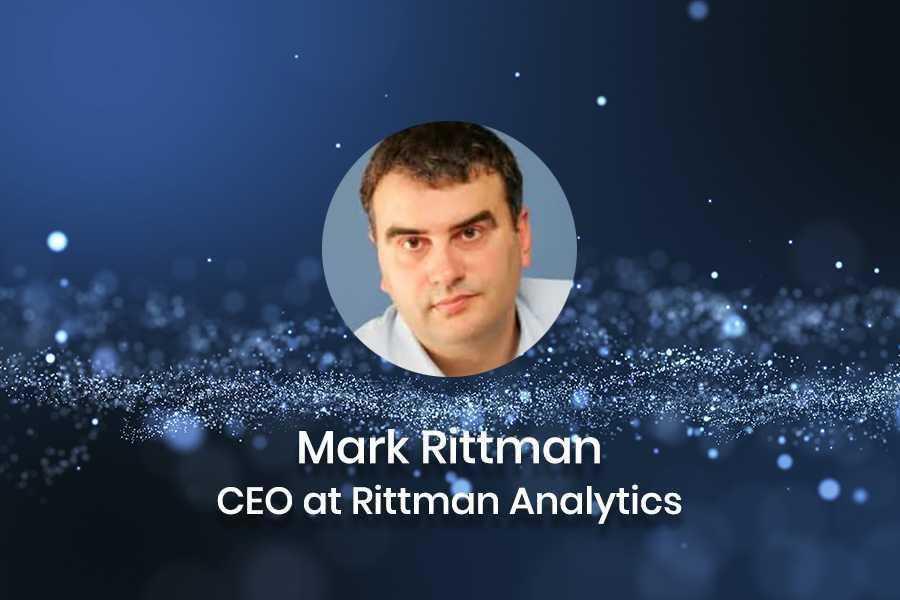 CxO of the Week: Mark Rittman, CEO of Rittman Analytics

Mark Rittman is the dedicated founder of Rittman Analytics, a company that specialises in delivering state-of-the-art data engineering solutions and analytics to digital-first businesses. From the early stages of his career, Mark has always had an eye for leadership. Rittman Analytics is the second company that he's been responsible for.

Today, Mark uses more than 20 years of hands-on experience working in the data, digital, and SaaS landscape to support companies of all shapes and sizes with their analytics needs. Over the years, he has undertaken several project roles. These range from product specialist to program manager and product manager.

A Robust History in Analytics

Mark's first role in analytics began with Woolwich Building Society, where he worked as a Business and Marketing Analyst for seven years. Rittman also took on the role of Business Analysis with Woolwich in 1997 for two years.

After that, Mark moved onto a position as a Business and Systems Analyst with Toyota Motor Finance UK. There, he was responsible for ETL building, database design, and product selection. In 2005 to 2006, he was a consultant for Littlewoods. As well as this, he worked as Director of Consulting with SolStonePlus between the years of 2000 and 2007.

In 2007, Mark co-founded his first company in the form of Rittman Mead - the Oracle partner who specialised in the practice of business intelligence, data warehousing, performance management, and data integration. In 2010, Rittman became an Executive Board Member (treasurer) with ODTUG. By 2016, Mark had begun working with Qubit as a Product Manager for analytics. That role became a senior position in 2017.

Then, Mark started Rittman Analytics in September 2016, where he began with the role of Big Data Analytics Analyst. In 2018, he took the position of Chief Executive Officer.

An Expert in Analytical Growth

As the founder of Rittman Analytics, Mark is responsible for a vast number of contracts with incredible clients like "Let's Do This London," and "Florence." He also helps with a podcast called "Drill to Detail" in his spare time, where he interviews people over 30 minutes to learn more about their incredible rise to success.

Rittman studied Business Studies at the University of Brighton and spent some time volunteering at ODTUG. Mark has also published two books and speaks in conferences and events on topics like analytics and big data. He also spends some of his time working as an independent analyst, assisting entrepreneurs in bringing next-level analytics systems to life based on cloud technology and big data.