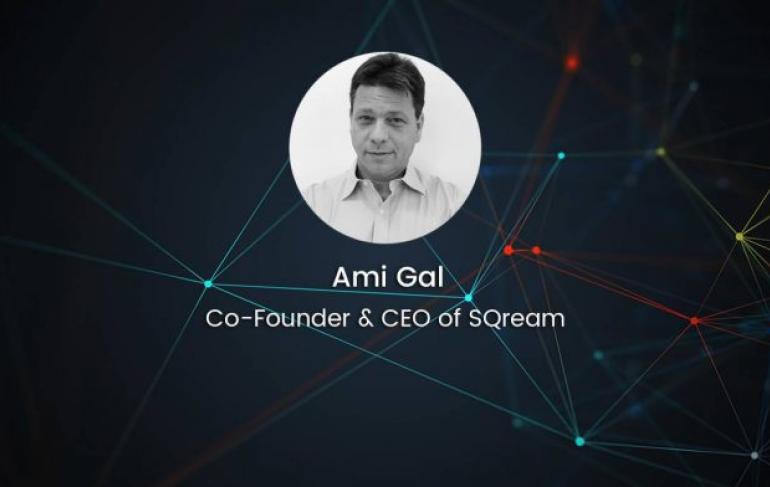 Data has always been a crucial component of the IT world. Today, however, thanks to the rise of IoT, artificial intelligence and automation, we're more reliant on data than ever before. Of course, like any innovative concept to appear in the marketplace, data needs the input of pioneers to evolve. One of those pioneers is the person we're focusing on for our CxO of the week - Ami Gal. Ami Gal describes himself as a "serial entrepreneur". As the CEO and Co-founder of SQream technologies, Ami is one of the thought leaders for the current data environment. SQream is a business responsible for driving transformation with big data analytics and complementary data warehousing strategies. According to Gal, he has learned many lessons being both a CEO and Co-founder tech company. Today, he continues to expand his knowledge and understanding of the industry to ensure a forward-thinking management style.

The Life of a Serial Entrepreneur

As an "entrepreneur at heart," Ami Gal has spent years in the technology industry, pursuing a number of roles. Today, he acts as the CEO and co-founder of SQream, bringing 2 decades of experience into his management position. However, before he helped to create SQream, Gal served as Vice President of Business Development at Magic Software. In this role, he was responsible for generating new growth engines for complicated data integration environments. Ami Gal also spent time working as the founder and chairman of GalOZ Ventures. During that period of his life, he was also contributing to the growth of the next generation of technology innovators. Gal has been a mentor for groups like IBM Accelerator, Kamatech, and Seedcamp for more than 8 years now. What's more, in the last decade, Ami has also served on and invested into the boards of multiple startups. As an inspirational CEO, Ami has played his part in multiple IT industry advancements. He was the CTO and VP of resources and development for Manov, and the general manager of Software at Granot Ventures. Before his career began, Gal attended Tel Aviv University and Handesaim.

Committed to the Future of Technology

Ami Gal is more than just another CEO. His innovative and ambitious spirit has guided him through the majority of his life, supporting everything from his mentoring strategies to his innovations. Ami also enjoys meeting new people and supporting their efforts to make the world a better place. When he's not playing chess or indulging in long-distance running, Gal plays a part on the Forbes Technology Council. On his current social media profiles, Ami Gal regularly shares advice and insights from his world. He believes that to be successful in the modern world; it's important to find a balance between flexibility and persistence.