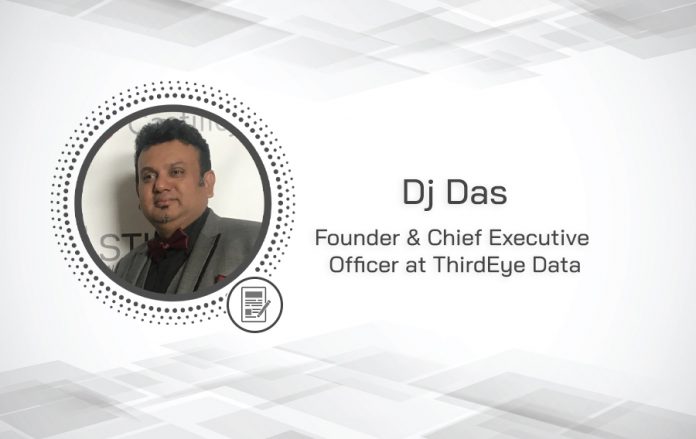 Dj Das is the Founder and CEO at ThirdEye Data. He launched the company in 2010, believing that the world needed to embrace a more data-focused approach to consulting services and innovative products.

ThirdEye Data leverages a combination of machine learning, artificial intelligence, and big data to build better technical solutions for customers across the globe. With specialities in data analytics, data science, and data engineering, among others, ThirdEye helps companies gain a competitive edge in their chosen industry.

An Avid Investor and Entrepreneur

Dj always had a passion for technology and innovation from an early age. This prompted him to pursue a BTech in Electronics and Communications, before launching his career with Microsoft. Here, Das spent two years as a software engineer, involved with the design and development of the MS Works 95 programme.

In 1996, he started working with Siebel Systems as a Senior Software Engineer as an architect and core developer of the Siebel Product Configurator. Three years later, Das moved to a position as an Independent Contractor with SRI International, where he spent just over a year on the code-name RADAR Outlook solution.

Then, in 2000, Dj launched his first company, DAS Capital, which concentrates on early-state IT investments and internet-based software. In 2003, Dj further pursued his passion as an entrepreneur, creating the Zytes Technology product development shop.

Today, Dj responsible for managing the execution and strategy of ThirdEye Data, as well as inspiring ThirdEye's operational values.

Outside of ThirdEye Data, Dj invests in other growing companies, helping them find their footing in the industry. Some of his investments in the past include companies such as Aster Data Systems (purchased by Teradata) and Efficient Frontier (purchased by Adobe Systems).