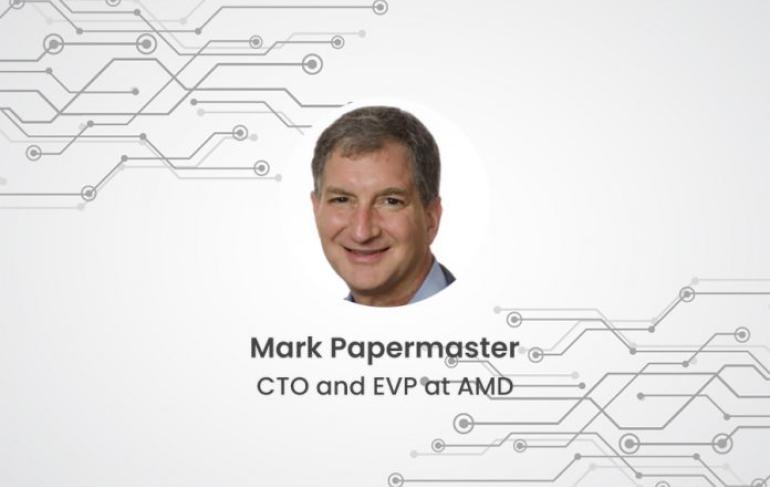 Mark Papermaster is one of the most well-known veterans of the digital technology space. He started his career with IBM in September 1982, and since then has been responsible for the growth and progress of various high-level technology brands. Today, Papermaster is the Chief Technology Officer (CTO) and Executive Vice President (EVP) of AMD.  At AMD, Mark is responsible for guiding the technical direction of the company, supporting innovative product development, and advanced research. He assists with system-on-chip methodology, microprocessor design, and I/O technology in the AMD business. What’s more, Papermaster also led the redesign of the new engineering processes for AMD.

A Leader with a Sensational Impact on Business Growth

Mark Papermaster isn’t your average CTO. This Executive Vice President has changed the way that AMD runs since he joined the company as CTO and SVP of technology and engineering in 2011. Papermaster was responsible for the development of the high-performance award-winning Zen CPU family. He also had a part to play in the development of various high-performance GPUs. After taking on the new role of CTO and EVP in 2019, Mark also began overseeing the technology that delivers AMD’s computing infrastructure and services.  With more than 35 years of engineering expertise, Papermaster delivers unbeatable insights into the technology world. He has held many valuable leadership roles and develops various products, including mobile devices, servers, and microprocessors. Before Mark began his life with AMD, he was most recently employed with Cisco, as VP of Silicon Engineering – the group responsible for silicon architecture, strategy, and development. Before that, in 2008, Papermaster served as the SVP of Devices Hardware Engineering for Apple Inc. There, Mark was responsible for the development of iPhone and iPod hardware.  By far, Mark’s longest employment was with IBM, where he held several senior leadership roles over a total of 26 years and two months. For decades, Papermaster helped IBM to enhance the development of various server and microprocessor technologies.

A Man of Incredible Accomplishment

Mark Papermaster stands out as a sensational leader in the technology industry today. Since he received his degree from the University of Texas in Austin and his master’s degree from Vermont, he has achieved incredible things. His education in Electrical Engineering helped Mark to dive into an exceptional career in the digital technology and hardware landscape.  Today, Papermaster stands as a long-term member of the University of Texas Engineering School advisory board. Mark is also part of the Olin College President’s Council and the foundation for Juvenile Diabetes research. Recently, Papermaster was appointed to the advisory board for the CTO Forum and the IEEE industry advisory board.