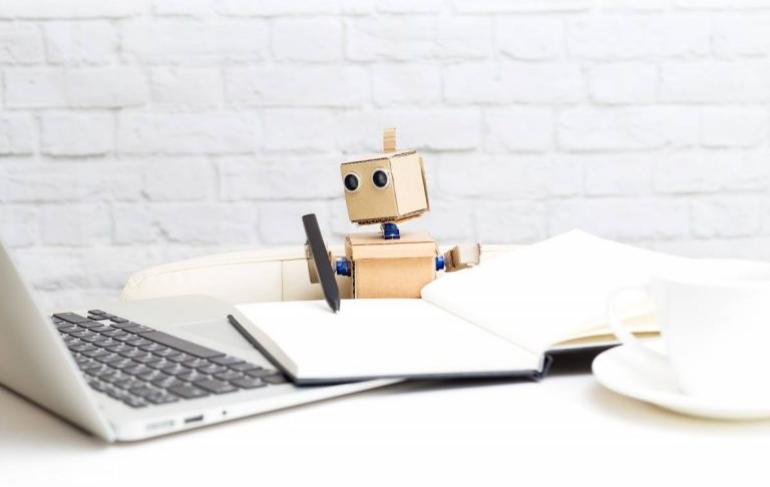 The usual narrative when we talk about the 'rise of the robots' is often negative and fearsome, conjuring up images straight out of Doctor Who of our imminent extermination. In reality, robotics entails less exterminating, just more automating. More specifically, robotics is grounding its feet in the enterprise environment as industries shift to a digital labour approach. Despite the teething problems, particularly in regard to scaling, projections suggest that robotic process automation (RPA) will continue to rise in prominence across the enterprise landscape. RPA has great potential across a number of industries, and we are sure to witness much more of this over the new decade. The crux of RPA is that it can replace humans in a number of tasks. RPA can deliver results quicker, more efficiently, and with less cost tied to it than humans necessitate.

Out with the outsourcing

Captain Obvious here, but until now, most tasks, in most organisations, in most industries, have been carried out by a human workforce. Sometimes, the workforce would be in-house; other times, businesses would outsource operations such as IT tasks due to foreign labour being cheaper. These days, however, labour costs have increased, making RPA a more logical and cost-effective choice to carry out tasks. The cheaper cost is not the only attractive feature of RPA; the return on RPA investment is also appealing. RPA yields more results quicker than humans can, with less error. Not only that, but RPA is not salaried (of course) and doesn't get tired or take sick days. In turn, you have the best possible productivity performing to the best possible abilities at all times. Not only that, but the cost of compliance is far higher than ever before. Technology tends to be highly regulated, further necessitating the use of RPA over human labour, overseas or not. RPA enables greater visibility and auditability of transactions. This is because they have a highly accurate audit trail with flawless recording of operations. As a result, businesses are ready for compliance audits at any time.

Of course, there is always that niggling feeling when it comes to robots that they are going to replace humans. However, 'replace' is perhaps the wrong word. Instead, organisations should explore how they can transition their staff into other areas. Remember, RPA alleviates the need for employees to carry out boring, mundane tasks, allowing the workforce to focus their energies on more cognitive and more meaningful jobs. Your business should (if it hasn't already done so) pen an RPA strategy and repurpose employees to carry out higher-value tasks for more of a profound, positive impact. Most importantly, your business should take advantage of RPA's capabilities to reduce costs, but increase value.

Enjoy this article? Check out our latest Tech Chat with Peter Wood at CoinBurp.