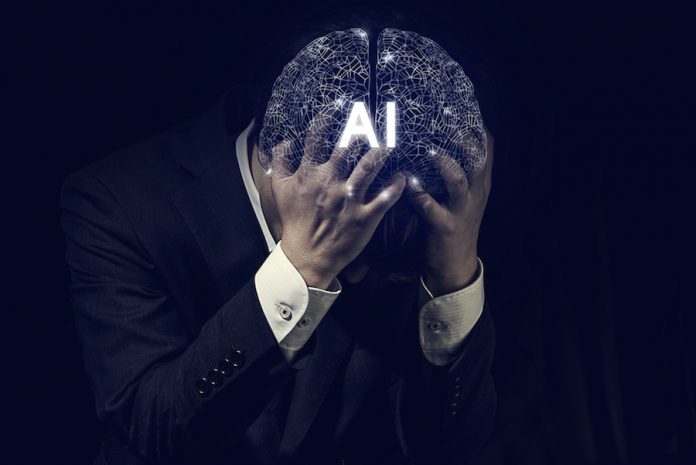 Should you be fearful or optimistic about AI?

Over recent years, more organisations have bought into the AI hype in an effort to improve their overall performance. Nevertheless, a recent study suggests that enterprise consumers may not be as optimistic about AI.

Are consumers optimistic about AI?

Just 50% of American consumers feel optimistic and informed about AI, according to a Blumberg Capital survey of 1,000 adults across the United States. However, the remaining half of consumers are fearful and uninformed about the technology.

Nevertheless, only 26% of consumers said that they currently interact with AI on a daily basis. While 50% of companies had adopted AI, just 5% said that AI powers the majority of services they use daily.

With this in mind, it is clear that there is a large disconnect between the consumer's perception of AI and reality. This is no surprise, however, considering that 58% of respondents received information about AI from films, TV, or social media.

Despite the dissemination of misinformation, 46% of consumers feel as if they have a strong understanding of AI. Nevertheless, 53% associated the technology primarily with robots, rather than TV streaming, banking apps, or targeted ads.

Misinformation causes a lack of trust

There is also a clear disparity between how consumers embrace AI for commerce and entertainment, versus healthcare and personal finances. Indeed, the findings exemplify that consumers are more comfortable interacting with AI when it does not require too much personal information.

Specifically, 33% of consumers said that they felt comfortable and trusting of AI when used for commerce. Moreover, 26% said that they were also happy to interact with AI when implemented for entertainment purposes.

AI is also becoming more prevalent in customer service, with more enterprises adopting chatbots to revolutionise their operations. Despite this, 43% of respondents said that the technology will cause a decrease in customer satisfaction and an increase in complaints.

A lack of awareness

Consumers are predominantly concerned due to a lack of awareness regarding the impact of AI on their work, lifestyle, and job security. Indeed, 49% said that AI has already replaced positions and people had subsequently lost their jobs.

Moreover, just 19% said that they would like to pass on their "drudge work" to a machine. However, 90% of tech execs agree that AI will take on mundane tasks and allow people to pursue more creative work.

Fear of the unknown is evidently a major driver behind these consumer perceptions. While there is enormous potential for AI to enhance healthcare and cybersecurity, for example, consumers remain hesitant.

If organisations want consumers to become optimistic about AI, transparency is key. Only through gaining knowledge and better awareness can consumers become more confident with AI accessing their personal information.

How does machine learning help us understand the world around us? Director of AI advisory Dacian Consulting Limited Andrei Luchici offered his insights