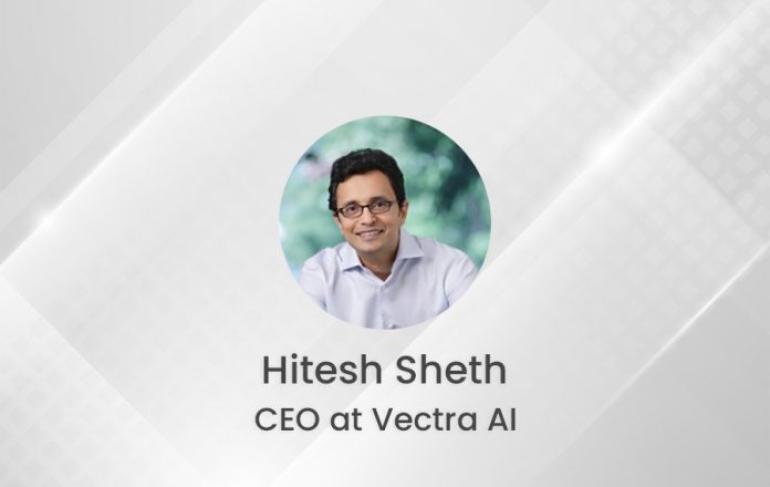 Hitesh Sheth is a man with one of the most inspiring stories in the entrepreneurial world and technology environment.

Sheth grew up in Kenya, sharing a one-bedroom apartment with his family, where he slept in the laundry room. Early on, he was drawn to cybersecurity and quickly discovered his passion for the innovative IT environment. Over the years, Sheth has gained a reputation for not being afraid to challenge the status quo with new ideas and technology. Today, he is the CEO at Vectra AI, a cybersecurity brand dedicated to using cutting-edge IT and artificial intelligence to reduce the risk of digital threats.

Exploring the Technology Industry Hitesh acquired his degree in Computer Science from the University of Austin, Texas, before becoming a software engineer. For four years, he was an engineer with the Santa Cruz Operation, before earning a position as Engineering Manager for a leading technology company, Oracle. After three years working with Oracle, Sheth took his career to the next level. He became VP of Business Development at Oracle-funded startup, Liberate Technologies. He spent two years there, before becoming Senior Director and General Manager at Cisco Systems for more than seven years.

Following his time at Cisco Systems, Hitesh worked with Juniper Networks, first as VP of Enterprise Products for one year, then as SVP of Security products for another year. Hitesh also held the position of EVP/GM of the Ethernet Platforms group for two years. His most recent post before Vectra AI was as COO of Aruba Networks. He worked here for three years before taking the role of CEO at Vectra in 2012.

A life committed to transformation, Sheth has always had a lot of ambition and plenty of passion to drive him through his career. Though he might have started off as an outsider, Hitesh said that there’s a ‘purity’ to that position. He believes that as an outsider, you can challenge convention anywhere you go. With a constant focus on the world of IT, cybersecurity, and innovation, Sheth has followed his dreams through an illustrious career in the tech space. We can’t wait to see what he accomplishes next.