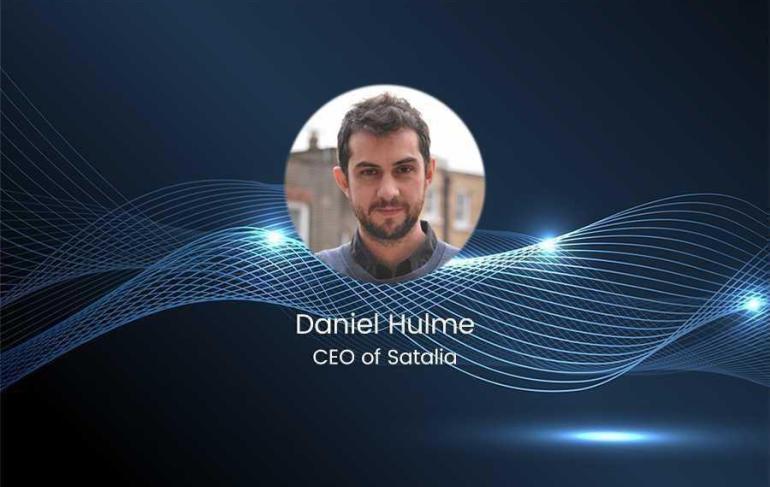 Daniel Hulme is the CEO of a London-based Artificial Intelligence company named Satalia. The business, dedicated to creating unique solutions to complex industry problems, began in 2008 with Daniel at the helm. For over a decade, Hulme has helped the organisation grow and evolve with a forward-thinking approach to machine intelligence. According to Daniel, data is at the heart of one of the biggest problems that today's companies face. To make the most out of computer science, businesses need to discover how to give context to the data they generate each day. As a due-diligence and AI expert, Hulme is one of the minds leading the way towards more effective data management.

As CEO of Satalia, Hulme has spent more than 10 years exploring the toughest problems that the industry has to face in data analytics, artificial intelligence, and machine learning. Satalia is currently building an innovation for businesses that want to make the most out of their operations with cutting-edge AI algorithms. In his position as CEO, Daniel motivates and inspires his team to discover incredible new opportunities in the technology world. He and his company help to remove the complexity out of optimisation problems while making real-time improvements to client brands. Satalia also offers professional services and consulting packages in artificial intelligence, data science, and machine learning. During his time with Satalia, Hulme has also held many roles as a speaker, educator, and analyst. He's the Director of the University College of London's Business analytics MSc, where he teaches students how to apply artificial intelligence to solving government, social, and business problems. Hulme is also a speaker for the Singularity University, a community dedicated to educating leaders in AI. When he's not motivating and inspiring others, or running Satalia as CEO, Daniel also acts as an advisor to companies like City AI London, The CH Foundation, the UAE National AI Strategy, NOIA Network, Super Global, and Macrina.

Inspiring the Future Leaders in AI

Hulme has a Masters and Doctorate in Artificial Intelligence from the University College of London. Since, he has maintained his passion for educating others, which is one reason he is a director at UCL today. More than just an innovator in AI and data analytics, Daniel is also an inspiration for the next generation. He's a popular public speaker that specialises in the topics of Blockchain, Decentralisation, Artificial Intelligence, Technology, Organisational Design, and Innovation. Daniel has also delivered countless TEDx talks.

Enjoy this piece? Check out our recent interview with Daniel here.