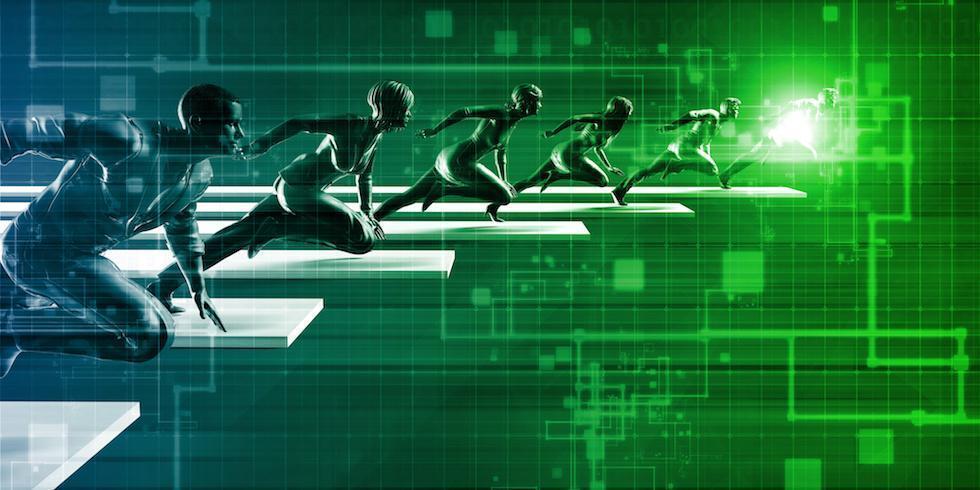 In 2018 startups need to offer left field solutions that can be flexible and fluid enough for today's fast-changing world.

The concept of automation, machine learning, data collection and AI being key elements of the business world today is one that most companies are by now comfortable with.

That being said, being accustomed to it means a strenuous new challenge for startups: finding out ways to not only enter a market full of automated solutions, but being able to uphold a feature of their business that will not become dated and forgotten with the development of new technology.

Below is EM360's list of top 10 tech startups to keep an eye out for in 2018. Each one having earned its way to the top by thinking their way carefully to success.

Slack is currently known as the fastest-growing enterprise and work chat app. Its funding to this date is 790 million dollars in 10 rounds, while it further announced to be on a $200 million annualised run rate.

With previous rumours about Amazon being interested in buying the company for $9 billion, Slack is a goliath, the success of which is making companies reconsider their approaches to their own work chat apps (Microsoft with their project Teams and Atlasssian unveiling the app Stride).

The key to Slack’s success is optimising and reinventing the work chat environment for people, allowing them the freedom to operate the chat more creatively than any other message-app. CEO of Slack, Stewart Butterfield, had this to say: “One thing we can predict is that we will increasingly rely on human intelligence and creativity as opposed to human capacity to perform repetitive tasks”.

tilr is a startup that is revolutionising the hiring process for both employers and employees. Matching applicants with companies based solely on skills, tilr seeks to reinvent the way companies look at applicants and attempts to strip old biases away.

With a funding of $5 million and aiming to expand to 16-19 markets by the end of this year, tilr is not just interested in making the application process easier for workers. They are also looking to protect and aid people seeking jobs in an economy that is hesitant to hire full-time.

tilr’s name makes the round by professing their philosophy again and again. The importance of looking after workers in an economy that becomes harder and harder to engage with is crucial, as the co-founders, Carisa Miklusak (CEO), Summer Crenshaw (COO) and Luke Vigeant (CTO) say in their about page: “Our mission is to automate the recruitment process. Our vision is to close the global skill gap”.

FreightHub is a digital asset-free freight service provider, they are located in Berlin and Hamburg and aim to add a technological spin to the freight forwarding industry, facilitating and maximising the quality of their service.

Founded in 2016 by Ferry Heilemann, Erik Muttersbach, Michael Wax and Fabian Heilemann, FreightHub managed to raise a $20 million A series round after 1.5 years of launching.

“The problem with most established (freight forwarding) players today is, that their processes and customer interfaces seem to be as old as the industry itself,” co-founder and CEO Ferry Heilemann says. FreightHub is all about innovating and revamping the old into a new, fresh and exciting image.

A startup with a strange story: ctrlio was backed $1.3 million by Genesis frontman Peter Gabriel. It is a free to use price comparison site that requires no forms to be filled in as they analyse your online bills.

Ctrlio looks to bring the best deals and discounts from brands to customers at the best times, specifically when customers are prepared to pay or renew contracts. Further, they vouch to deliver these deals in an “unbiased” way, remaining distant from sponsored deals companies might want them to promote and choosing to instead give customers the deals that statistically work best for them, regardless of the popularity of said deal.

Also: It’s pronounced “control-ee-o”, like the CTRL button, because you control what goes in and out.

Their slogan is, “Turn brands into religions”, which should say enough about their mission statement. Qualtrics attempts to fortify clients’ brands with features like customer segmentation, targeting and positioning and brand touchpoint research.

In 2012 Qualtrics received a $70 million investment from Sequoia Capital and Accel Partners, and things have only moved upwards since. CEO Ryan Smith has said Qualtrics is set to constantly update and innovate the system and the approach to the system:

“We definitely have built what our clients need, but we are also innovating for what they’ll need in the future”.

Uptake is an Illinois firm that looks to revolutionise the way we use data. Taking into account how commoditised and connected our technology is, they look to take everything that is quantifiable and recordable to then understand what innovations, deals and shortcuts can be given to the users of said technology.

Raising $45 million in venture capital in 2015, Uptake have become key players in the cybersecurity industry, using machine learning and data science to holistically accommodate the life of the average consumer.

Co-founders Brad Keywell compared the technology in the hands of consumers as the “nerve endings” to the “brain” that is Uptake, meaning the purpose of the firm is to constantly respond and cater to all the technology, ensuring the consumer is guaranteed the best “body” to function with.

Snowflake is a data warehouse built for the cloud. The firm took its idea by looking at the failures of delivery from conventional data warehouses when amassing all their data became such a huge challenge. In response to that, Snowflake designed a new SQL data with a patented new architecture to handle current and future data and analytics.

Bob Muglia, CEO of Snowflake, believes in the pragmatism of of moving away from conventional data collection, saying that, “Snowflake is built for the cloud, combining the power of data warehousing, the flexibility of big-data platforms, the elasticity of the cloud and live data sharing – all at the fraction of the cost of traditional solutions”.

You can read our CxO of the Week article on Muglia here.

Pizza has just become way more interesting, if that’s even possible. Zume Pizza is an automated pizza delivery restaurant based in California. Under the direction of Alex Garden and Julia Collins, the company raised $48 million in their 2017 Series B funding.

The company’s pages on the internet state that Zume has 19 human employees and 8 robot ones. It consists of pizza that is cooked en-route to the customer’s location, in a van equipped with automated ovens and self-cleaning robot cutters.

The full name being Improbable Worlds Limited, they are a British multinational company that creates simulation software for video games and corporate use.

Last year the company received an investment of $500 million from SoftBank, which is a long way from their humble beginnings, being a company that founder Herman Narula worked at from the his parents’ house in Hertfordshire from its genesis in 2012 up until the end of 2013.

The firm partnered with Google in 2016 and its software was released into open beta in February 2017.

CEO Michael O’Dwyer began as an engineer setting up a fat, oil and grease regulatory program for food businesses in Dublin. In his time doing so, he noticed the inherent frustration expressed by both restaurant owners and enforcing city officials, and realised there must be some way to digitise regulatory compliance and accommodate already-burdened workers with something that should not necessitate so much stress and time.

“People think I’m crazy,” says O’Dwyer, “but the EU issued a report that said that 3% of GDP is spent on regulation. It’s a huge number, obviously”. The success behind SwiftComply lies exactly in this statement: seeing an unnecessary inconvenience and wanting to be the first to fix it.