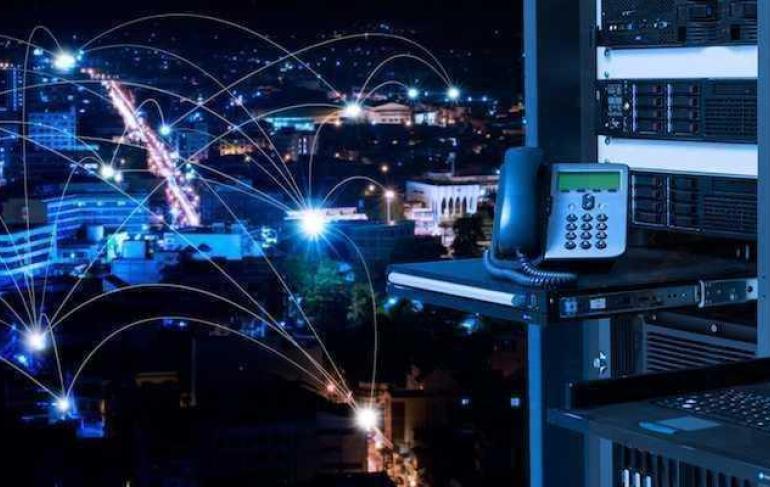 If there’s one business sector that could be said to be recession-proof it’s probably the data centre market.

Global demand for data storage, data transmission and just any kind of data procession has been growing consistently for the past two decades at least.

And a recent report by Technavio suggests that the global data centre market will grow at rate of almost 11 per cent a year up to and including 2020.

Even when the world economy looked like it would collapse in on itself and the global financial system in 2007-08, the construction of data centres continued apace throughout.

And, ironically perhaps, one of the biggest users of data centres is, of course, the financial sector.

But it’s not really one business sector or another that lies beneath the inexorable growth of the data centre landscape – it’s that the sum total of human knowledge is increasing all the time, and, for the first time ever, we have the technology to record everything that happens around us.

In fact, former Google CEO Eric Schmidt made the observation in 2010 that human beings now generate – in a couple of days – as much information as we did since the dawn of civilisation.

And while ancient Sumerian Anunnaki aliens may have opted for clay tablets, modern humans prefer microchips.

These are the factors EM360º has considered in creating in this top 10 data centre operators or providers, rather than straightforward market share.

In terms of market share, however, it’s worth pointing out that Digital Realty Trust has approximately 20.5 per cent of the wholesale colocation market, which is about the same as the combined share of the next four out of the top five providers – Global Switch (7.7 per cent), DuPont Fabros Technology (6 per cent), CyrusOne (4.3 per cent), and China Telecom (4.3 per cent).

For our top 10, we have considered factors such as new service offerings which may change the market position of the companies going forward.

For example, NTT Communications has been pushing its SD-WAN services quite heavily. And with so many large, international companies headquartered in Japan, NTT’s home country, it’s likely the company will be able to capitalise on the industrial sector’s increasing adoption of the cloud and industrial internet.

And Amazon, though it’s not a data centre provider as such, its Amazon Web Services business unit has been selected by General Electric to provide data centre services for the industrial giant’s growing digital business.

GE had previously wanted to build its own data centres, but decided that it would be better if it used a specialist provider.

So, Amazon, having started out as an online bookstore is now a specialist provider of data centre infrastructure, cloud services and a whole load of other business sectors, such as logistics.

With that, here’s the top 10 most interesting data centre providers, according to EM360º.

As mentioned above, Digital Realty is estimated to be the largest data centre provider in the world, with a larger market share than the next four companies combined.

At the beginning of last year, the company owned 132 operational data centres around the world, 104 of which are in the US.

By the end of the year, Digital Realty had acquired DuPont Fabros Technology, adding another 11 data centres to its total. The company also bought eight data centres from Equinix.

Consolidation has been the name of the game in the data centre market, and not many have played as aggressively as Digital Realty.

We could go on with its list of acquisitions, of which there have been many, but perhaps the most important was its purchase of Telx – because it cost almost $2 billion.

Nestled in the heart of one of the world’s most technologically-advanced economies, NTT is of course Japan’s national carrier.

What’s interesting about Japan’s considerably large industrial sector is that it’s probably not as computerised and as cloud-connected as its counterpart in the US is – or at least that’s the perception – so the growth potential is there.

Japan’s not too bad at consumer electronics either, and most of those gadgets want their own clouds as well.

NTT has been developing a range of advanced telecommunications and networking technologies in readiness, software-defined exchange services apparently being one of its favourites.

And being a carrier, NTT is capable of build subsea cables connecting different countries up, something that is beyond most other data centre providers.

How Amazon has managed to launched itself into several entirely different markets – online retail, cloud computing, data centre infrastructure, and logistics to name a few – at such high levels is probably something that will be studied for generations to come.

Amazon has somehow made its diverse business interests look like the product of organic growth, which it is, but not many other companies have done anything like it.

One of the effects Amazon has on other companies – even its competitors – is that they end up choosing to take their business to them.

For example, instead of building their own data centres, GE has decided to go with AWS, which is actually the tip of an industrial iceberg, since many companies are launching networking devices for industrial networks which come pre-installed with AWS connectivity functions.

Another good reason to include Schneider is its recent agreement with Wärtsilä to co-operate on the development of what are called hyperscale data centres.

Hyperscale data centres are designed to be massive from the start. This is different to a data centre that perhaps grows organically in a modular fashion, adding a few servers every so often.

Talking of hyperscale data centres, Asia is currently experiencing something of a construction boom in this sector.

Media reports suggest that as many as 70 new hyperscale data centres are set to to be built by the end of the decade.

Currently, Asia accounts for 20 per cent of the world’s 300 data centres, and that figure is to reach 400 by the end of this year.

This company, 21Vianet, claims to be the largest carrier-neutral internet and data centre service provider in China, and as such, stands to gain from the boom in hyperscale construction, especially as it partners with IBM and Microsoft, which are among the small group of global companies placing orders for hyperscale data centres.

Government-owned of course, so it has all the resources the country can provide.

Around half the 1.4 billion people in China are online, which probably generates a little bit of data.

But since the country is also thought to be the world’s largest manufacturing nation now, it’s also likely to see huge growth in demand for data centre services from the industrial sector.

Moreover, Communist Party directives are probably part of the reason why China Telecom is keeping up with the latest advances, such as SD-WAN and an 800G connection Hong Kong.

If any company can give Digital Realty more of a challenge, it’s Equinix.

In terms of total number of data centres, Equinix operates more than 175, while Digital Realty has just over 130.

While it may not be competing with anyone in particular – since the data centre market is generally growing for everyone – Equinix is another of the consolidators, opening more data centres and acquiring smaller operators and operations.

One perhaps significant acquisition worth highlighting is the purchase of Bit-Isle, through which Equinix doubled its data centre count to 12 in Japan.

Consolidation is also something CyrusOne has been engaging in, though for its own reasons rather than help make the sector easier to understand and write about.

CyrusOne is said to have 35 data centres in operation around the world, with about a thousand large-scale customers.

Also, the company is in negotiations to buy Zenium Data Centers, for approximately $442 million.

If it goes through, the deal would give CyrusOne four large data centres in London and Frankfurt, arguably the two most important financial centres in Europe.

The company claims to be investing heavily into environmentally friendly technologies, which is going to become increasingly important over time.

Not just because governments – perhaps prompted by the public – introduce more stringent regulations covering power consumption and sourcing, but also because it makes sense financially in the long run.

Once you’ve built a wind or solar farm, you don’t have to build it again. Apple, Google and Microsoft claim that many of their data centres run on clean energy, and while the initial investment would have been high, the ongoing bills probably work out cheaper.

NaviSite is interesting because it was at one time acquired by Time Warner, the media gigantico.

Technically, NaviSite is part of Charter Communications, which for many years tried to buy Time Warner even though it was a smaller company – it even tried a hostile takeover.

In the end, Time Warner acceded to a merger with Charter, which probably means NaviSite has a huge media workload.

This could see it become increasingly important in the data centre market since Amazon – or rather its media and entertainment business unit – as well as many other companies are building massive data infrastructures to enable them to deliver not only media of today, such as films and computer games, but also media of tomorrow, which includes augmented and virtual reality, which, according to many accounts, use up massive amounts of bandwidth and storage.