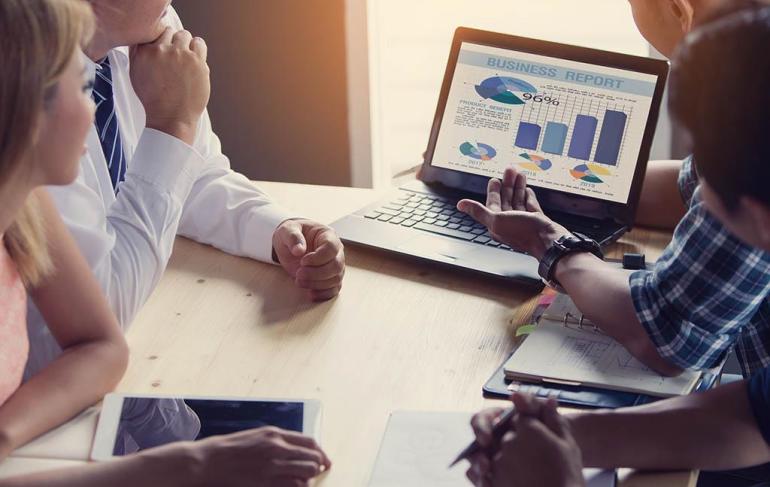 Generally speaking, most people probably associate the word “analyst” with someone who researches companies with a view to providing guidance on investment in stocks and shares.

A “technology analyst” often provides the same sort of advice but they tend to specialise in analysing tech companies, by which is meant information technology, or computer technology.

But beyond that, a tech analyst’s job can be quite varied – from taking a broad view of an entire market segment right down to the nitty-gritty details of individual components or software.

With the tech market, in general, being so fast-moving, and new innovations often being complex and difficult to understand, the role of a tech analyst is becoming increasingly important.

And even after becoming familiar with a technology, there’s also the market to consider – just because you have a good technology does not always mean you know what the market is and whether it will take what you have to offer.

Large companies have an internal market for innovations. So, for example, Apple is increasingly designing its own chips, especially for artificial intelligence operations.

These chips are finding their way into Apple devices, for which there is obviously a massive global demand.

But what if you’re a startup company or a company that specialises only in making a specific component? It could be a chip, or it could be something else.

Without an internal market or a parent company, you need to know more about the tech market – what it wants, what it’s buying, and so on – in order to try and find some application for your innovation.

Same goes for every company and product, which is why good tech analysts are so highly sought-after.

Most independent consultancy firms have technology analysts in their teams, so EM360º has listed 10 of the most notable and quotable below.

And although technology analysts tend to write articles occasionally, they are not journalists as such, though they may be regarded as pundits or experts who are very often asked for their comments by media like ourselves.

Gartner, though independent, is one of the largest consultancy firms in the world with a multi-billion-dollar annual turnover. And as you might expect, it has many hundreds of analysts to choose from if you want insights into technology.

Organised by industry and coverage area, as well as by name, the Gartner’s analyst directory provides a convenient way to locate exactly the type of information you might be looking for.

Although it’s difficult to pick one out, we think Tom Austin is particularly good. Austin is a vice president and Gartner Fellow with 44 years of industry experience, 24 of those years at Gartner.

His work covers machine learning, deep learning, natural-language processing, conversational systems and cognitive computing – all branches of artificial intelligence, one of the hottest tech topics at the moment.

Forrester takes a slightly different approach to Gartner in that it concentrates more on individual companies and job roles.

Forrester’s analysts and coverage areas include all the main industries – such as financial services, retail, media and entertainment and so on.

However, highly specific analysis of any company is offered, with around 60 companies listed on the website – Apple, IBM, Microsoft and many more.

It’s difficult to pick out individual analysts but Brian Baker stands out somewhat because his specialism is advising CIOs and CTOs as well as chief digital officers.

Baker has 30 years’ experience in technology leadership roles and regularly gives speeches at various events, especially where CIOs are in attendance.

Ovum is part of the Informa group of companies, which includes events organisation and publishing business units.

This probably provides Ovum with immediate access to a wide range of primary research made available throughout the company.

Ovum has around 150 analysts on its books, with a large number specialising in technology.

We could have chosen any of them, but the tech analyst we have picked out is Alexander Harrowell because his specialism is small and medium enterprises and soho – or small office home office.

This is an area that is probably set for more growth because people increasingly prefer to work from home, and enterprises of all sizes – particularly small businesses – are alright with that.

Specialising in market intelligence, Mintel is probably better known in the UK where it has been a go-to source for insights for television news programmes and national newspaper for decades.

Recently, Mintel has been looking into the wearables market, highlighting companies like Fitbit, GoPro, and Garmin, and gadgets such as fitness bands, smartwatches, and hearables.

It’s a relatively new market, so there’s probably a lot of turbulence ahead, especially as Apple turns its attention towards it, quickly becoming the dominant supplier with its hugely successful Watch.

Billy Hulkower is a senior analyst in the areas of technology and media at Mintel, and produced a recent report about the wearable technology market.

Frost & Sullivan has almost 2,000 consultants in total and most of them are technology-oriented because the company itself is focused on new technologies.

The company doesn’t really emphasise individual consultants as such, but we thought we would pick out Sharmila Annaswamy, who specialises in industrial technology, particularly advanced manufacturing.

Annaswamy is based in India, which has grown to become the second-largest mobile phone and smartphone manufacturer in the world, overtaking Vietnam and chasing China.

Boston Consulting Group employs a total of 14,000 staff and around half of them are consultants.

The company specialises in providing technology insights, producing a constant flow of reports based on real data and statistics, as well as the opinions of business leaders.

With annual revenue approaching $6 billion, Boston Consulting Group is certainly one of the big consultancies, but it has an image of being the new company which tries hard to impress.

Boston Consulting Group’s technology and digital experts provide solutions relating to digital transformation, software, and the ongoing process of the digitisation of the enterprise.

Ralf Dreischmeier is senior partner and managing director as well as global leader of the Technology Advantage practice.

Although ABI Research generally acts as an integrated company and doesn’t make its consultants prominent, there are a few names that stand out.

Among them is Dan Shey, director and vice president at ABI Research, who specialises in machine-to-machine communications and internet of things, digital security and wearables research services, among other sectors.

KPMG is one of the biggest and most well-known auditing and consultancy companies in the world, with more than $26 billion a year in revenue and 190,000 employees.

A range of consultants – all listed by their first names – are available to provide advice on a range of subjects.

Since KPMG is heavily focused on auditing and accounting, we thought we would pick out Emily Jefferis, director, audit, for the company UK’s operation.

Apart from sharing its name – phonetically at least – with a Batman baddie, Bain & Company is cool in a number of other ways.

Among the individual consultants is Mark Brinda, a senior member of the firm's Technology, Media and Telecommunications practice.

Brinda has more than 10 years’ experience of management consulting experience.

We thought we would include a less well-known consultancy in the list and Protiviti is the one we thought was one of the most interesting.

Protiviti’s IT consulting practice helps CIOs and IT leaders design and implement advanced solutions in IT governance, security, data management, applications and compliance.

Michael Schultz is a founding managing director at Protiviti and is part of the company’s global technology consulting leadership team.