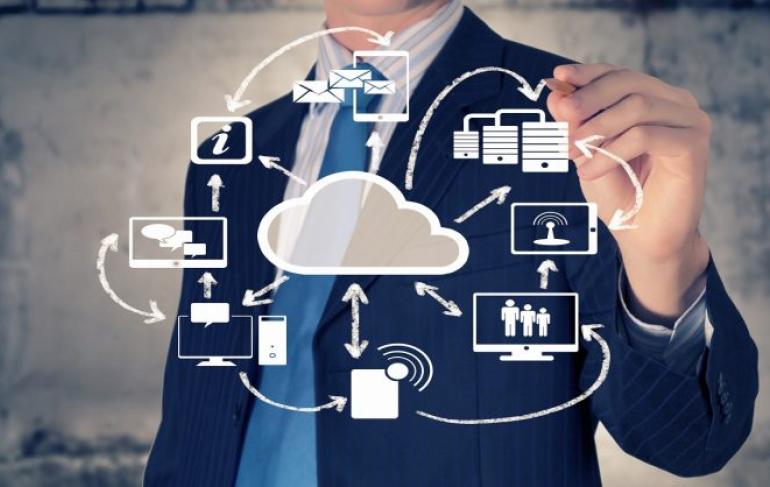 The Lenovo ThinkSystem SD650 is “purpose-built” for high-performance computing, according to supercomputing website Top500.org. The server is also ultra-small, and two of them can be fitted into only one unit of rack space, or 1U, which is about 45 millimetres high. Lenovo supplies a 6U chassis, wherein 12 of these new ThinkSystem SD650 servers can be fitted.

However, perhaps the most important factor is that the new server is said to enable significant savings in energy costs. This is one of the main reasons why the ThinkSystem will form part of Germany's most powerful supercomputer, the SuperMUC-NG.

The new Lenovo ThinkSystem SD650 high-performance computing server In fact, Lenovo developed the ThinkSystem SD650 in co-operation with the Leibniz Supercomputing Centre, in Germany. The key innovation seems to be using warm water for the cooling process.

Most data centres use cold water or cold air cooling systems. Vinod Kamath, thermal architect at Lenovo, explained on a blog: “With air cooling, a data center consumes about 60 per cent of the server power to cool the servers, compared to 40 per cent with chilled water, and less than 10 per cent with warm water like the SD650.

“The potential savings for an HPC cluster that has a power consumption of 4-5 MW, such as LRZ, can be substantial over its typical four-to-five year operating life with hundreds of thousands of euros' savings per year.” Top500.org currently places Germany's SuperMUC supercomputer at 44th and 45th positions – for two variations of the system.