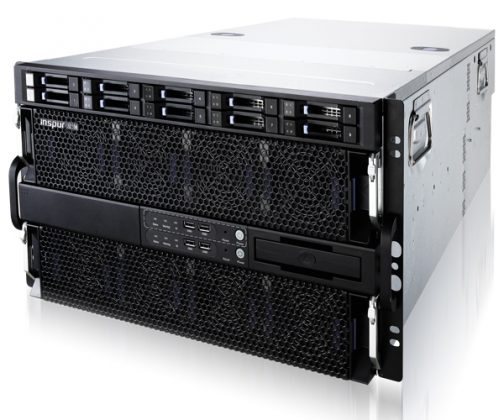 The global market for servers is continuing to see significant changes as new companies begin to challenge the dominant players.

At the moment, and for quite some years, HPE and Dell have been the two companies which have occupied the top two spots. HPE is considered the market leader, and will probably to remain as such for the foreseeable future. But Dell has sold more servers than HPE in the first half of 2018, according to a report by DRAMeXchange.

Although HPE is likely to top the chart for the year, Dell is certainly in a position to make leadership less comfortable for HPE, especially since Dell acquired EMC. Further down the list produced by DRAMeXchange, an even interesting thing has happened.

That is, Inspur has overtaken Lenovo.

Inspur was previously considered one of the “white box” suppliers, referring to lesser-known server manufacturers which have been gaining market share from brand names such as HPE, Dell, and of course Lenovo.

For Lenovo, this may or may not be of too much immediate concern since the company last year completed its acquisition of IBM's server business. The acquisition will not only strengthen Lenovo's technical and manufacturing expertise, it may provide access to new market segments which it could build on.

Nonetheless, it is significant that Inspur has not only overtaken Lenovo, it's also beaten Huawei into fourth place.

The list of the five top server makers – along with their market share – in the first half of 2018, according to DRAMeXchange, are:

Huawei could have previously been considered a white box supplier but it's now one of the largest smartphone manufacturers in the world and its brand is well known.

The continuing growth of commodity servers may exert downward pressure on prices of servers overall because that is what white box providers are about – cheaper hardware prices.

However as the market leaders look to introduce specialised servers with custom chips specialised for running artificial intelligence applications and provide greater security, there may some fragmentation of server types and enable companies such as HPE and Dell to maintain revenue levels and market share.

And although the first quarter of this year saw a slight decline in server sales, DRAMeXchange forecasts total sales over the year to increase by 4.8% over the course of the year.

Previous article
Google, Netflix and Facebook employees received better median salary than Exxon, Goldman Sachs or Verizon workers
Next article
How high are GDPR fines, and how can you avoid them?