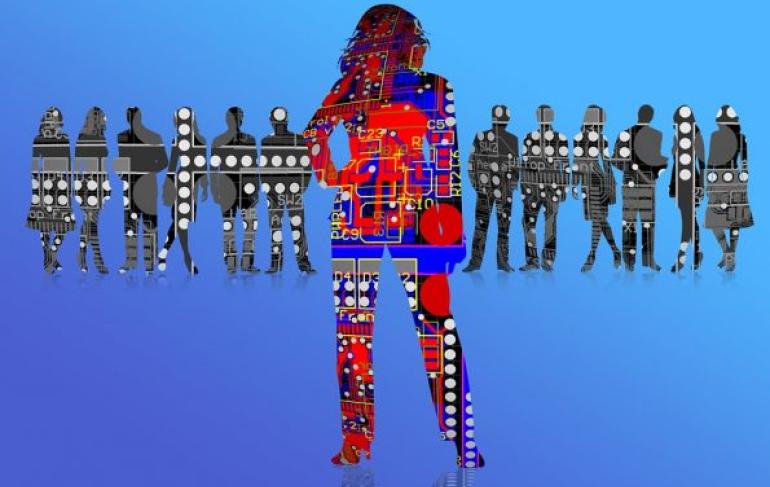 Gartner, one of the world’s leading management consultancy firms, says artificial intelligence systems will replace large numbers of humans in the professions within the next few years.

Highly skilled humans in the legal, medical and information technology sectors are likely to be usurped by smart machines and robots, says Gartner in report entitled Prepare for When AI Turns Skilled Practices into Utilities.

As a result, CIOs have a major role to play in preparing businesses for the impact that artificial intelligence will have on business strategy and human employment, according to Gartner.

The effects that AI will have on the enterprise will depend on its industry, business, organization and customers.

Prentice cited the example of a lawyer who undergoes a long, expensive period of education and training.

Any enterprise that hires lawyers must pay salary and benefits big enough to compensate for this training for each successive lawyer it hires.

On the other hand, a smart machine that substitutes for a lawyer also requires a long, expensive period of training. But after the first smart machine, the enterprise can add as many other smart machines as it wants for little extra cost.

Financial services is another industry where jobs such as loan origination and insurance claims adjustment could be automated.

However, while AI will hit employment numbers in some industries, many others will benefit as AI and automation handle routine and repetitive tasks, leaving more time for the existing workforce to improve service levels, handle more challenging aspects of the role and even ease stress levels in some high-pressure environments.

“Ultimately, AI and humans will differentiate themselves from each other,” said Prentice. “AI is most successful in addressing problems that are reasonably well-defined and narrow in scope, whereas humans excel at defining problems that need to be solved and at solving complex problems.

“They bring a wide range of knowledge and skill to bear and can work through problems in various ways. They can collaborate with one another, and when situations change significantly, humans can adjust.”

CIOs should use the enterprise's five-year vision to develop a plan for achieving the right balance of AI and human skills, advises Gartner.

Too much AI-driven automation could leave the enterprise less flexible and less able to adjust to a changing competitive landscape. This approach will also help reassure employees about where and how AI will be used in the organisation.

AI will eventually replace many routine functions of the IT organisation, particularly on the operations side, such as in system administration, help desk, project management and application support.

Some roles will disappear, but AI will improve some skills shortages, and the IT organisation as a whole will increasingly focus on more creative work that differentiates the enterprise.

“The CIO should commission the enterprise architecture team to identify which IT roles will become utilities and create a timeline for when these changes become possible,” said Prentice.

“Work with HR to ensure that the enterprise has a plan to mitigate any disruptions that AI will cause, such as offering training and upskilling to help operational staff to move into more-creative positions.”

A separate report, conducted by IndieSales and highlighted by OnBuy.com, shows that consumers in the UK believe a range of industries stand to benefit from AI.

The company found that UK consumers say the industries in line to benefit are:

Cas Paton, MD of OnBuy.com comments: “It’s interesting to see how consumers feel about artificial intelligence, particularly as its use is rising. A.I. can encourage industries such as engineering and healthcare, to effectively refine skillset and approach.

“Likewise, AI also has the power to elevate our brick and mortar stores; boosting processes and consumer interaction – which is only ever a good thing. In business, we should not fear change; it’s essential to grow and progress.”