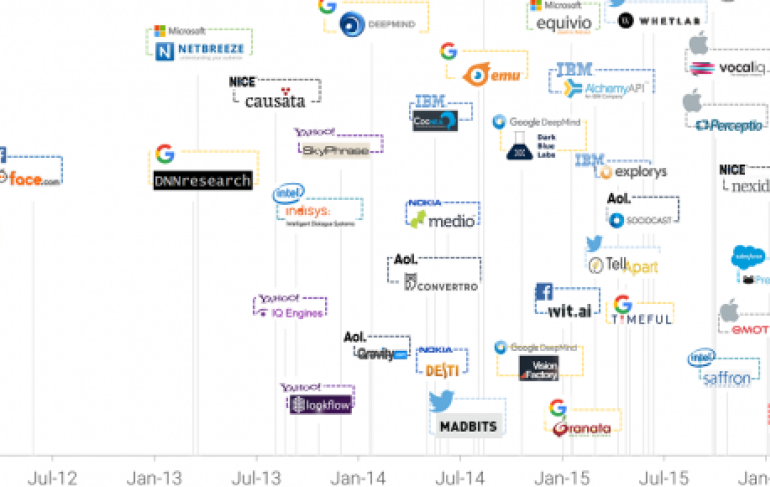 Google, with its gargantuan gigaloadsamoney, has taken the lead when it comes to acquiring startups developing artificial intelligence technologies.

The search giant has bought several lorryloads of companies recently, acquisitions which have been religiously tracked by research analytics firm CBInsights.com, which says Google has been “the most prominent global player” in AI, with 11 acquisitions in the sector in the past year. But Google is by no means the only company splashing the cash in the direction of AI startups, with the likes of tech giants IBM, Yahoo, Intel, Apple, Samsung, General Electric and Salesforce pushing around dollops of dosh in the direction of anything AI. After Google, CB Insights says Apple and Intel are in joint second place, with Twitter and Salesforce just behind them. Samsung, a relative newbie in the AI acquisitions game but not short of a bob or two itself, notably bought Viv Labs, which was set up by the people behind Siri, the Apple AI. Google’s biggest bet was on DeepMind, which it bought for $600 million a couple of years ago, prompting a wave of wad to engulf AI developers, almost half of which now start out with venture capital backing, and no fewer than 40 of which have been bought for big money in 2016. Full story on CB Insights