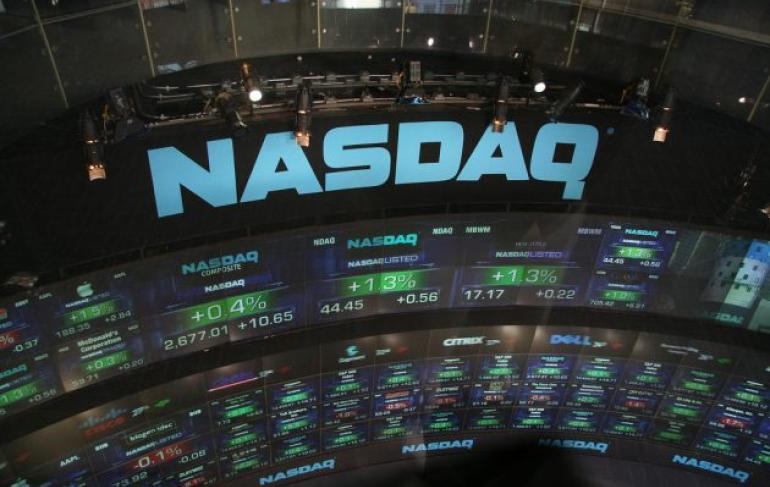 Nasdaq is one of the world's most well-regarded stock exchanges, on par with the New York or London stock exchanges in terms of profile if nothing else.

It's a much smaller stock exchange than the main ones, but what's attractive about Nasdaq is that the shares traded on it tend to be in tech companies.

Many of these tech companies are new and fast-growing, offering investors significantly higher returns than the more established companies, although it must be said that they are considered riskier investments.

In line with this sort of maverick approach, Nasdaq has let it be known that it is open to becoming a cryptocurrency trading market.

According to a report on CNBC, the chief executive of Nasdaq is confident that cryptocurrencies such as bitcoin will be traded on Nasdaq when the proper regulations are in place.

Nasdaq CEO Adena Friedman told CNBC: "Certainly Nasdaq would consider becoming a crypto exchange over time. If we do look at it and say 'it's time, people are ready for a more regulated market', for something that provides a fair experience for investors."

Cryptocurrencies do not have a central bank infrastructure and no government -- national or international -- is ultimately responsible for it, as is the case with conventional currencies.

However there always seem to be new developments which suggest that cryptocurrencies are gaining acceptance in country after country in some way or other.

Venezuela, although not the most influential economy in the world, has launched an official cryptocurrency called the "petro".

Venezuela is believed to be the first national government which has backed a cryptocurrency. Dubai was reported to be using a cryptocurrency, but that is a city-state within the United Arab Emirates, which is the nation, and the nation has not yet put its weight behind any cryptocurrency.

There are negative developments as well, such as a variety of governments either banning or restricting cryptocurrencies, which obviously may hamper the acceptance of the digital currencies.

However staying with the positive for the moment, the largest cryptocurrency exchange in South Korea, Bithumb, is apparently partnering with a wide variety of businesses which is creating an ecosystem wherein some people could get by without using the national currency at all for most of their purchasing requirements.

Coin Telegraph reports that Bithumb is aiming to make using cryptocurrency as easy as using cash, which is supposedly the way it is in Japan.

Meanwhile Reuters is reporting that the Philippines has awarded trading licences to 10 companies developing cryptocurrency platforms.

Previously the Philippines government was against cryptocurrencies and only changed its mind in February this year.

For Nasdaq such developments are clearly an opportunity to become the pre-eminent cryptocurrency trading platform in the world, simply by offering its recognised and reputable rules-based market to a market which, despite trading hundreds of millions of dollars a month, is still regarded by some as lacking credibility.