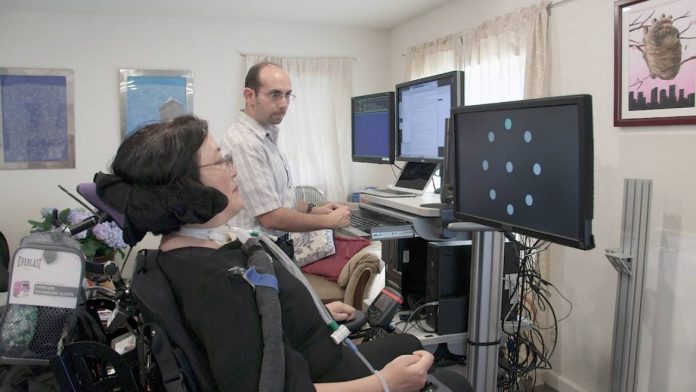 How far away is mind-reading technology?

Once the preserve of sinister and oh-so-smug secret societies and their chosen minions in positions of power and influence, mind-reading technology now seems to be going mainstream.

A growing number of companies large and small are developing what could be collectively termed “brain-computer interfaces”, or devices which can translate the electrical signals in people's brains into discernible words and now actions. Those resultant words can be displayed on a screen or electronically synthesised and voiced; and the actions can be taken by a prosthetic limb attached to the person whose thoughts are being read, or be taken by a robot that may or may not be physically connected to anything at all. The dangers, of course, are obvious, but so far the people who have enjoyed access to such advanced technologies have not exactly covered themselves in glory. The entry point into the light for BCIs was always going to be the military, but that doesn't count because that's still restricted to people who are very much under the direct oversight of the forces of darkness who think they can do anything they want and get away with it. No one knows exactly how long BCI technology has existed, nor all the various forms it might take. Are they all like helmets or glasses? Or are there some BCI systems which do not require any physical hardware to be worn or otherwise implanted on the person? In any case, there are currently at least two ways in which the technology is entering the public domain. One of those ways is still through the military, in that it's used in prosthetics – manufactured limbs which are connected to, and controlled by the brain. Such prosthetics are clearly helpful to those who have lost limbs in the various theatres of war around the world, low intensity or otherwise. The other way is through commercial enterprises of various sizes and at various stages of their developmental cycle, although the most active are universities often working with tech leaders in the health sector. Microsoft and Facebook are the most well-known companies developing such technology, although it doesn't seem like their usual mindless, boring, getting-to-know-you chit-chat – or in-keeping with their other products. Facebook is said to be financing a project lead by a former John Hopkins neuroscientist who helped develop a mind-controlled prosthetic arm. The social networking giant with a user base to rival the total population of the world has a secretive business unit called Building 8, rather like Google X, where they try out things called “moonshots” – interesting ideas which involve advanced technologies which may or may not have a commercial application. Facebook has hired former executives from the Defense Advanced Research Projects to manage Building 8, according to Business Insider. Microsoft is, of course, a big investor in Facebook. The Windows company invested $240 million for a mere 1.6 per cent stake back in 2007, which implied that the value of Facebook was $15 billion – something that may have shocked a lot of people at the time. Now, Facebook's market capitalisation is $400 billion. Cue more shock, possibly even trauma. Although the two companies are not thought to work closely together, both Microsoft and Facebook are developing virtual reality headsets, which would be ideal vessels for whatever wizardry or devilry – depending on your point of view – is contained within the software. In other words, VR headsets are BCIs of sorts. The accelerating developments in the field of artificial intelligence will inevitably converge with those headsets within the next decade or two, and the exponential growth in global computing power and memory storage, as well as ever-higher quality video recording quality will start to make sense, somehow. BCIs will almost certainly become an open part of everyday life for everyone, not just early adopters of technology. One project probably worth mentioning in this context is OpenBCI, which, as the name implies, is an open forum where people interested in the technology can collaborate on development. Meanwhile, to follow on from last week's article, “You never have to type anything ever”, Stanford University has developed a BCI which enabled a user to type more than six words a minute without touching a keyboard. The test subjects were three people who suffer from disabilities which prevent them from some physical activities, including typing. The scientists involved in the Stanford experiment only spoke of the BCI – which does seem to involve implanting a computer chip in the brain – in the context of health applications. “These high-performing BCI algorithms' use in human clinical trials demonstrates the potential for this class of technology to restore communication to people with paralysis,” one of the scientists said, adding: “We're approaching the speed at which you can type text on your cellphone.” The device is also presented with a federal warning – a health warning of sorts. “Caution: Investigational Device. Limited by Federal Law to Investigational Use.” But it seems obvious where this could be going, especially if the technology can be made to type at 50 to 150 words a minute: how much would you pay for a device which could save you from typing anything? True, you could just use a range of applications already on the market if you just want dictation services, but the potential for this technology is much more than that. And the amount of computing power required to deal with that potential is currently incalculable, but it's certainly beyond big data. Supermassive data?