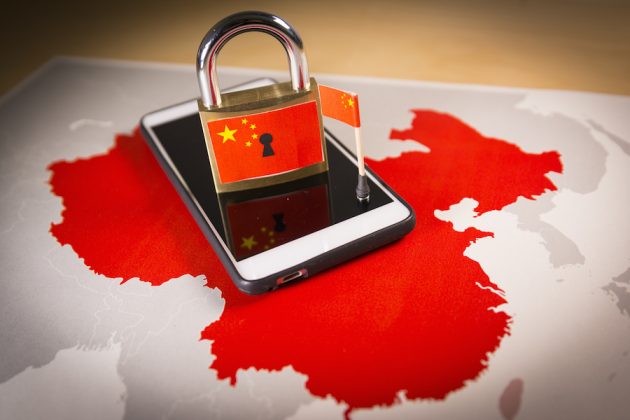 Google is planning a restricted version of its search engine that will comply with China's censorship laws, according to The Intercept. The proposition, code-named Dragonfly, will reportedly “blacklist sensitive queries” and block China's restricted websites.

The project has been underway since last spring. Operations accelerated following a meeting in December 2017 with Google's CEO Sundar Pichai and a high-ranking Chinese government official.

The censorship will extend to websites and search terms related to peaceful dissent, free expression, and democracy. Google's programmers have supposedly created a custom Android app with the potential names “Maotai” and “Longfei.”

The final product is forecast to launch in the next six to nine months if the Chinese government approves the app. The censorship will also include Google's spell check, image search, and predicted search feature.

It has been almost a decade since the world's largest search engine operated in China. The news illustrates a huge shift in Google's agenda, who shut down the engine in 2010 on the basis that free speech was being repressed.

A spokesperson for Google stated “we provide a number of mobile apps in China, such as Google Translate and Files Go, help Chinese developers, and have made significant investments in Chinese companies like JD.com." They added "but we don't comment on speculation about future plans."

The animosity between the US and China is well established. Back in March, one of the leading US retailers Best Buy halted orders of Chinese Huawei smartphones as the company is part-owned by the Chinese government.

An anonymous source spoke to The Intercept regarding project Dragonfly on an ethical basis. The source stated “I'm against large companies and governments collaborating in the oppression of their people, and feel like transparency around what's being done is in the public interest.”

Patrick Poon, a Hong Kong-based researcher with human rights group Amnesty International, echoed this sentiment. Poon said the project would be “a big disaster for the information age” and it “has very serious implications not just for China, but for all of us.”

“It will set a terrible precedent for many other companies who are still trying to do business in China while maintaining the principles of not succumbing to China's censorship. The biggest search engine in the world obeying the censorship in China is a victory for the Chinese government – it sends a signal that nobody will bother to challenge the censorship any more,” Poon added.