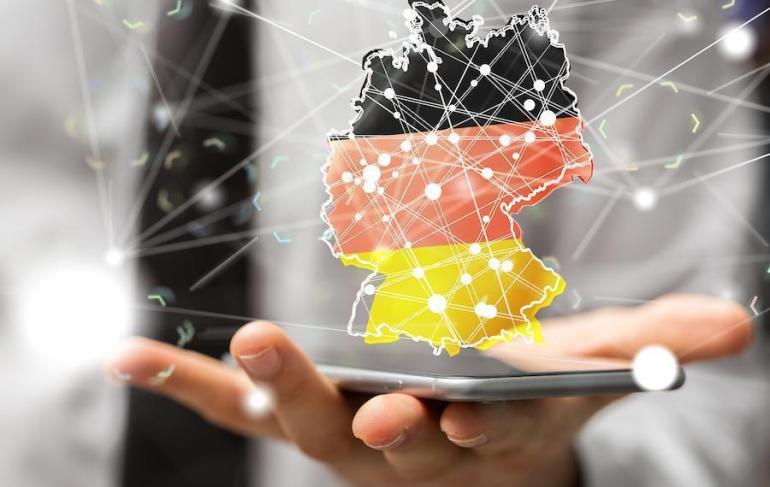 German banks are planning to spend billions of euros on digitisation in an effort to boost revenue. There is a certain level of risk involved when it comes to investing in one of Europe’s most competitive markets, however. 50 of Germany’s top lenders are preparing to invest up to 6 billion euros by 2020, according to a study conducted by the consultancy firm Oliver Wyman. This figure equates to around 12% of their total revenue last year, and excludes regular IT spending. Germany’s second largest bank, Commerzbank, is also investing heavily in tech. The $525 billion bank has joined forces with Retresco, a content-automation firm, to explore the possibility of using artificial intelligence (AI) to write its analyst reports. Despite these developments, Deloitte claims that Germany’s banks are lagging behind when it comes to digital maturity. The Mayor of London, Sadiq Khan, also highlighted this at London Tech Week, and declared that “London has twice as many AI companies as Paris and Berlin combined.” Germany’s cooperative banks have announced a 500 million euro investment in digitisation in response to this shift. Speaking on behalf of the Hamburg-based private bank M.M.Warburg & CO, Joachim Olearius asserted that “digitisation is here, and it’s moving at a brutal pace.” Digitalisation strategies in the financial sector are often one-dimensional, according to Marcus Dahmen, head of banking transformation at Horváth & Partners. Dahmen argued that “many banks limit themselves to individual measures to become more efficient,” and he advised that banks “dare to develop a comprehensive digitization strategy that encompasses all business areas.” Innovative digitalisation is integral to succeeding in the European financial sector, according to these reports. The Netherlands ING Groep NV have accumulated customers through a strategic focus on internet and mobile banking, but Oliver Wyman remain dubious as to whether these investments will generate long-term returns. Goekhan Oeztuerk, a financial services partner at the firm, echoed this sentiment. “If someone creates a mobile app, then everyone creates a mobile app, whether it makes sense or not, but an app ultimately costs money,” he added “what’s been invested has often not been properly thought through. For example, whether a product makes itself felt on the revenue side.” Investment in digitalisation has the potential to streamline operations, increase growth, and reduce costs. If German banks can overcome the obstacles to digitisation, the process could strengthen Germany's position in the race to become a European technological leader.