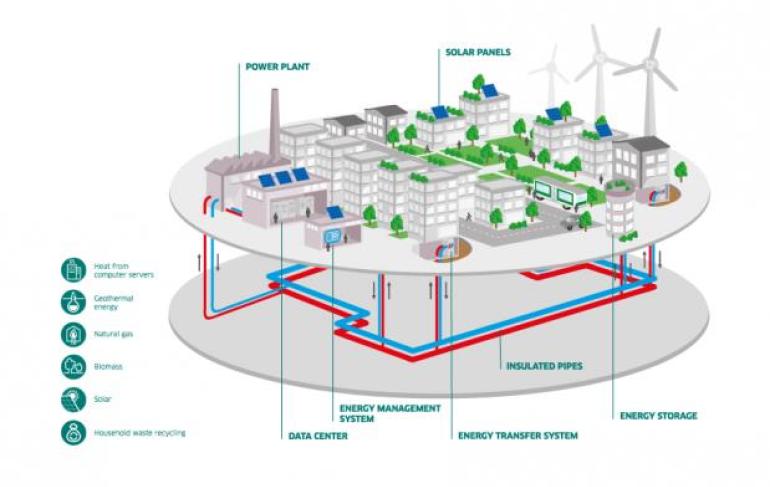 Households, businesses and other organisations located near data centres could in future have their buildings warmed up by the excess heat from their local data centres.

According to reports from two countries in Europe, the idea is viable but will require additional infrastructure, such as pipes. In Amsterdam, in the Netherlands, the local government wants to reduce its reliance on gas-fired central heating and completely eliminate it by 2050. One of the alternatives to gas central heating the local authorities are looking at is data centres because they use an enormous amount of electricity and their servers and other machines generate a lot of heat. Equinix, one of the largest data centre companies in the world, operates a facility in Amsterdam. The company estimates that it can deliver 100 per cent of its residual heat to the local heating network, which supplies approximately 70,000 buildings, according to a report on Decentralized-Energy.com. In order to make such a system work, the government would need to make significant changes to the local infrastructure. Essentially, rather than each building have its own heating network, it would be connected to the district heating network. To that end, Amsterdam authorities have already replaced household heating systems in 10,000 public housing units with district heating systems. Other initiatives could connect an additional 230,000 homes to the district heating network in the Dutch city. Meanwhile, in Stockholm, Sweden, a similar initiative is under way. Nights are so long in Sweden they last six months, and it gets freezing cold almost all the year round. So, using every bit of energy available for heating is one the government’s top priorities. Data centre operators such as Stokab, working with local energy companies like Stockholm Exergi, are channeling excess heat from tech facilities to the Stockholm district network, according to a report on TheStack.com. At the moment, the project supplies around 1 per cent of Stockholm’s total heating energy needs, but key people working in the area want to bring that up to 10 per cent by 2035. Erik Rylander, head of Stockholm Data Parks at Stockholm Exergi, says the idea could catch on in other cities and regions where data centres are located. However, unlike some others working on similar initiatives, Rylander says it’s an “open question” as to whether it is necessary to change the data centre infrastructure in order to redistribute heat.