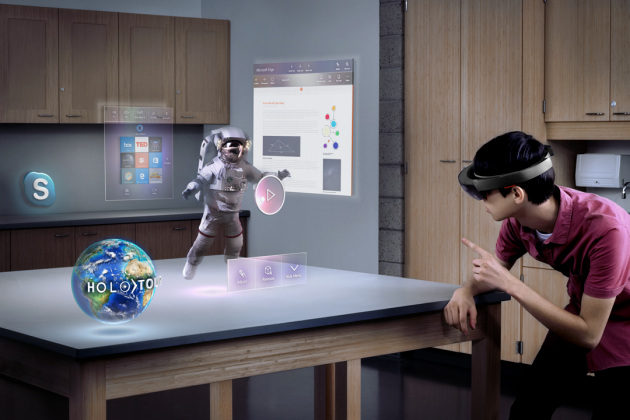 Much is said about augmented reality and virtual reality. While many believe they will never take off as mass-market products, the number of people already using the technologies for entertainment and industry is enormous and has accelerated the development of faster telecommunications networks.

In the manufacturing and logistics sectors, augmented reality glasses are used in many companies to facilitate employees in their work, whether they are looking to locate products in a warehouse or figuring out how to fix a machine that needs some maintenance.

In the entertainment sector, Pokemon Go has been widely reported as one of most popular games to have been released in recent years. Pokemon Go uses augmented reality to overlay images of little creatures onto the players' surrounding environments, so when they look through the camera of their mobile device, not only do they see the streets and parks in which they might be standing, they also see cartoon images of the little critters they're supposed to train or catch, or whatever.

Approximately 45 million people were playing Pokemon Go every day at its peak, and there were reports of the game being implicated in crimes, and its maker Niatic – a Google spin-off – was being sued for turning quiet areas into overly busy ones. Perhaps predictably, Dutch police are now using augmented reality to investigate crime scenes, according to a report in New Scientist. Pokemon Go could be said to have been the breakthrough that augmented reality was waiting for. Now, people understand the potential of the technology and can perhaps calculate the data requirements.

Virtual reality, which is slightly different in that it is more immersive and involves images that are entirely computer-generated, is yet to see a similar breakthrough, but with large companies launching VR goggles – for example, Facebook's Oculus and Microsoft's HoloLens – the momentum exists to make it more widely adopted.

Industrial technology company ABB has developed an app which lets you walk through a virtual data centre. Incorporating AR and 3D functions, the iPad and iPhone app is meant to help data centre managers can develop more efficient energy systems for their facilities. But while energy efficiency is an increasingly important matter for data centres, the issue specific to AR and VR is that these technologies will bring with them an exponential increase in data processing.

Pokemon Go, for example, was said to have overloaded data centres at the height of its popularity. The AR market is forecast to grow from nearly nothing today to $90 billion by 2020, according to Digi-Capital. This new generation of AR and VR adoption will require extensive upgrades to telecommunications infrastructure. This is the view of many in the industry, including an organisation called the Telecom Infra Project, an industry initiative to “reimagine the traditional approach to building and deploying telecom network infrastructure”.

“With video and VR consumption on the rise, larger, better networks are needed. “This is an incredibly large challenge, and in the coming years we'll all need to work together to understand the specific connectivity challenges in each market and develop new technologies and processes to address those challenges.”

Moving to a virtual world

With 1.65 billion users, Facebook is the world's largest social network, and it's also a massively popular platform for games. The company is anticipating significant growth in the use of AR and VR, and is developing networking infrastructure to meet the demand. Having already released a range of innovative hardware for data centres, including the Backpack switching solution for data centre interconnections, Facebook has now launched Voyager, a networking solution for Open Packet DWDM for long-range networks.

DWDM – dense wavelength division multiplexing – is a technology that puts data from different sources together on an optical fibre, with each signal carried at the same time on its own separate light wavelength. Voyager integrates with Facebook's other recent hardware technologies, including Wedge 100, and all of it is open source, says the company. The underlying aim Facebook has, along with many other data centre and telecommunications providers, is to move data around the internet faster, with the development of 100 G data centres and 400 G networks.