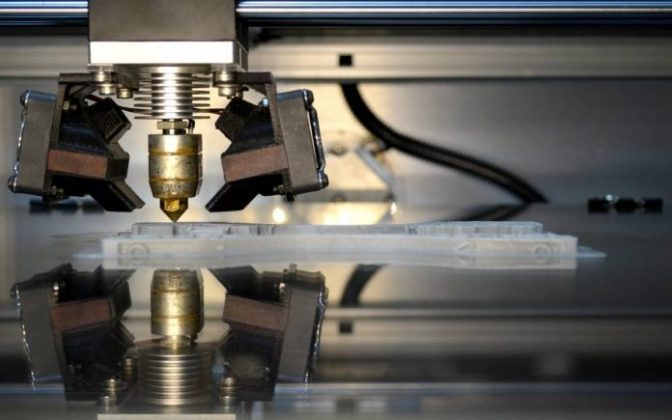 3D Printing Has Been Taken to New Heights

Ever since Charles Hull invented the first 3D printer in 1986, 3D printing has been making steady advancements. Most recently, we saw re:3D create a system that repurposes plastic for 3D printing.

Printing giants HP have jumped onto the 3D printing trend recently and have made a groundbreaking innovation. We have seen 3D printers produce figurines, ornaments and even shoes. What have HP got up their sleeve?

HP recently launched its HP Metal Jet; a 3D printer that specialised in printing metal. While 3D metal printers already exists, HP can supposedly print metal at significantly lower cost than its competitors. From aluminium to stainless steel, this printer could have a large effect on many different industries.

HP recently outlined partnerships with Volkswagen, meaning that they aim to produce parts for them using this printer. Maybe it is time to say goodbye to the days of metalwork factories. Could 3D printing be the future of the metal industry?

How could this be implemented?

Given that HP already have partnered with Volkswagen, how else could 3D printed be used? Well, with the capabilities to print stainless steel, 3D printing companies can now become the top manufacturers for kitchen suppliers.

3D printing has the capabilities to even be utilised by military forces, developing metal works for vehicles and weapons. It seems that 3D printing has endless possibilities, meaning that companies such as HP have the capability to expand into every industry.

With this new innovation, it seems likely that the value of HP stocks are going to increase rapidly. Not only is the invention of 3D printed metal a huge landmark for industry as a whole but it could also be a landmark in HP's history.